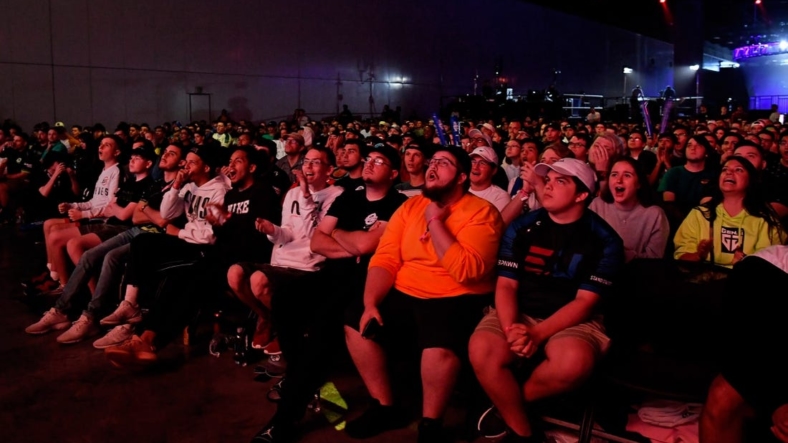 TSM captured the last two maps to pull out a 3-2 win over FlyQuest on Thursday in a lower-bracket, opening-round match at the League of Legends Championship Series Summer Split playoffs.

The tight triumph sends TSM to a Sept. 2 lower-bracket match against the loser of the Evil Geniuses-Cloud9 upper-bracket semifinal scheduled for Sunday.

The $200,000 double-elimination event culminates the season for the top North American League of Legends circuit. The top three finishers will earn berths in the $2.25 million League of Legends World Championships, scheduled for Sept. 29-Nov. 5 in San Francisco, Atlanta, New York and Mexico City. The LCS winning side will pocket $100,000, and the runner-up will get $50,000.

All LCS Summer Split matches are best-of-five, through the grand final on Sept. 11.

On Thursday, TSM opened with a 31-minute win on red before FlyQuest captured the next two maps in 27 minutes on blue and 27 minutes on red.

TSM pulled level with a 35-minute victory on blue, then wrapped up the series with a 42-minute win on red.

Taiwan’s Huang “Maple” Yi-tang finished with a 19/9/26 kills-deaths-assists ratio for TSM. Canada’s Johnson “Johnsun” Nguyen wound up at 22/14/23 for FlyQuest.

Action continues Friday with the second lower-bracket, first-round match: Counter Logic Gaming vs. Golden Guardians. The winner of that series gets a Sept. 1 clash with the loser of the 100 Thieves-Team Liquid upper-bracket semifinal scheduled for Saturday.