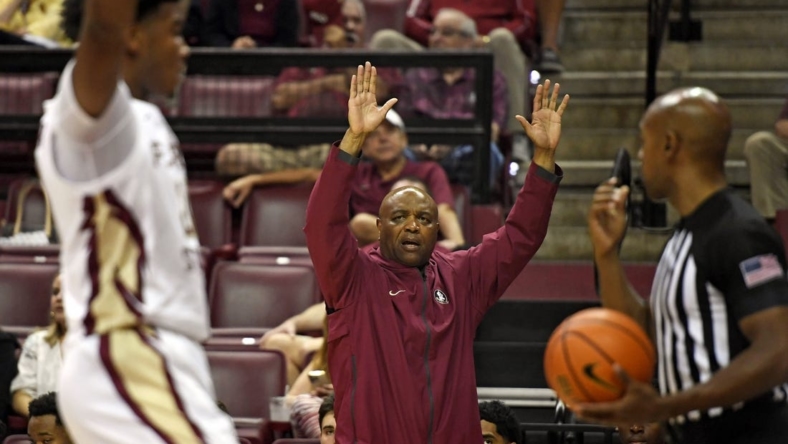 Aamer Muhammad finished with 23 points and Christyon Eugene had 22 to lead Troy to a 79-72 upset over Florida State on Monday night in Tallahassee, Fla.

The Trojans (3-0), who were picked to finish 10th in the Sun Belt Conference in the conference’s preseason media poll, beat the Seminoles (0-3) for only the second time in 11 all-time meetings and for the first time since 1948.

Florida State lost their first three games of a season for the first time since Leonard Hamilton became coach in 2002.

Leading 68-64 with under two minutes, Troy put the game away with an 8-0 run that began with a 3-pointer by Zay Williams before Muhammad later sank another.

Muhammad and Eugene were among four players who scored in double figures for the Trojans, who shot 40 percent from 3-point range (12-for-30) and made 6 of 10 shots from beyond the arc in the second half.

Florida State, which continued to deal with a roster depleted by injuries and suspensions in the early going of the season, was led by Darin Green Jr.’s game-high 24 points and six rebounds. Cam’Ron Fletcher finished with 15 points and 10 rebounds, and Caleb Mills added 14 points and four assists. But the Trojans took advantage of 19 turnovers by the Seminoles, which led to 17 points.

Troy led the Seminoles 44-34 in the second half after a Duke Miles bucket with 15:51 left.

FSU used a 16-4 run to take the lead at 50-48 after Green swished his triple to tie the game and Mills hit a pair of free throws.

Eugene, who went 8-for-9 from the free-throw line, ignited a 12-2 response by Troy with seven of those points to give the Trojans the lead for good.