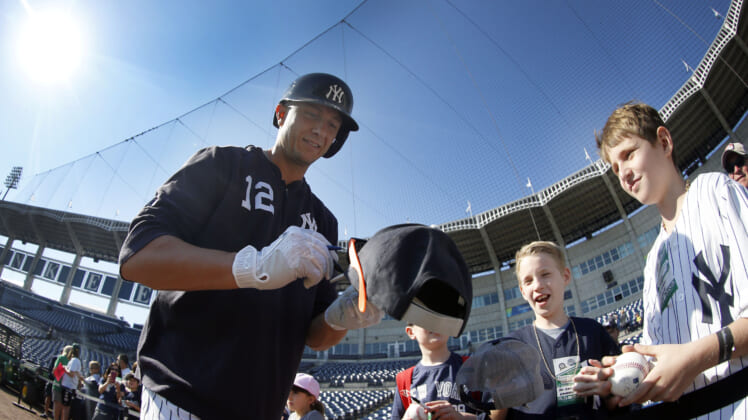 A legend for the Colorado Rockies during his near decade in Mile High City, Troy Tulowitzki has always been considered a knowledgeable baseball mind.

There’s certainly been some talk about the five-time All-Star shortstop becoming a manager following his retirement back in 2019 when he was a member of the New York Yankees.

That could now be the case with Tulo potentially following another big sports figure in that of Lincoln Riley to the USC Trojans.

According to this note from Ben Nicholson-Smith of Sportsnet, Tulowitzki is a leading candidate to replace the recently-fired Jason Gill as the Trojans’ manager.

This doesn’t come completely out of left field. Tulowitzki has been serving as an assistant coach under Texas Longhorns manager David Pierce since his retirement from baseball. Texas earned a spot in the College World Series this season, losing to Texas A&M over the weekend.

Troy Tulowitzki as the next USC manager?

The Trojans finished up shop on an ugly 25-26 campaign in Southern California — missing out on the CWS for the seventh consecutive season. Under the leadership of athletic director Mike Bohn, the hope is that this once-heralded program can get back to the top.

Bohn and the Trojans made huge news late last year by hiring Lincoln Riley away from the Oklahoma Sooners to be its college football head coach. To a lesser extent, hiring Tulowitzki for its baseball program would mean that USC is all business.

In MLB as a player from 2006-2019, Tulo has the respect from those around the baseball world. In fact, there’s a darn good chance he’ll become a manager at the top level if that’s something the all-time great wants.