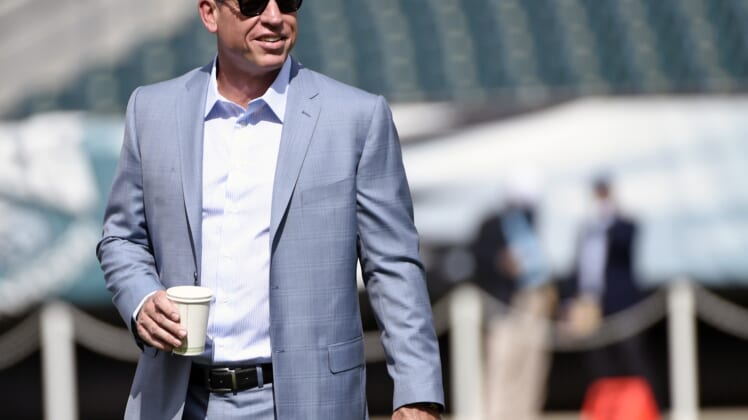 We know the numbers Kansas City Chiefs quarterback Patrick Mahomes has put up during the early part of his career. They are already historical.

However, it really is hard to compare eras in the NFL. This is especially true in today’s pass-first league that seems to favor quarterbacks more than any other position.

Hall of Famer and three-time Super Bowl champion Troy Aikman was posed with a stat comparing Mahomes to what he did during a brilliant 12-year career.

He was not having it.

We like this sassy Troy Aikman. It seems to fit the otherwise unassuming broadcaster pretty darn well.

He’s also not wrong here. Mahomes is still just 24 years old. He has a lot of time to ascend the ranks.

But until the quarterback is hoisting a Lombardi, let’s stop comparing him to some of the most successful quarterbacks in modern NFL history.