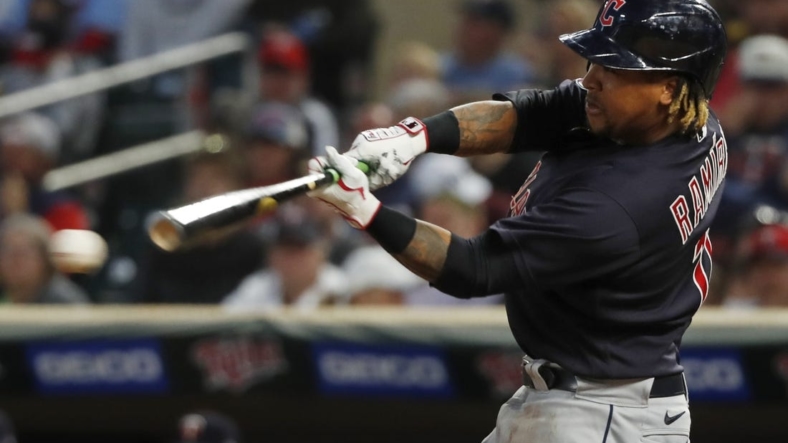 Triston McKenzie pitched seven shutout innings en route to his 10th victory of the season and Amed Rosario homered to lead the Cleveland Guardians to a 6-4 victory over the slumping Minnesota Twins on Saturday night in Minneapolis.

It was the fourth time this season that McKenzie (10-11) threw at least seven scoreless innings in a contest. He scattered six hits and walked two batters while striking out five. Emmanuel Clase picked up his major-league-leading 33rd save for Cleveland, which won for the fourth time in five games.

Jose Ramirez went 3-for-4 with an RBI and two runs scored and Steven Kwan walked four times and scored twice for the American League Central Division-leading Guardians (72-65), who remained 1 1/2 games ahead of the second-place Chicago White Sox while increasing their lead to 3 1/2 games over the third-place Twins.

Luis Arraez had three hits, including a pair of doubles, and Carlos Correa also had three hits for Minnesota (69-69), which lost for the seventh time in its last nine games.

Chris Archer (2-8), who left after two innings with a right pectoral strain, suffered the loss allowing two runs on two hits and a walk while striking out one. Archer fell to 0-8 in nine career starts against the Guardians.

Cleveland, which jumped out to a 4-0 lead in the first inning while winning Friday night’s series opener, 7-6, took a 2-0 lead in the first on Saturday. Kwan led off the game with a walk and Rosario then followed with his ninth home run of the season into the bleachers in left.

The Guardians increased their lead to 4-0 in the third without the benefit of a hit, parlaying four walks and two hit batters into a pair of runs off Minnesota reliever Cole Sands. Andres Gimenez drove in Ramirez, who had walked, with a two-out bases-loaded walk and rookie left fielder Will Benson, who made a highlight-reel catch when he reached over the wall to rob Max Kepler of a home run in the eighth, then made it 4-0 when he was hit by a pitch.

Cleveland extended the lead to 5-0 in the fourth on an RBI single by Ramirez, driving in Kwan, who had walked, stole second and advanced to third on a flyout by Rosario. Ramirez made it 6-0 in the seventh when he led off with a single, advanced to third on a ground-rule double by Josh Naylor and scored on a fielder’s choice by Oscar Gonzalez.

Minnesota made things interesting with four runs in the bottom of the ninth on a sacrifice fly by Gary Sanchez followed by an RBI double by Jake Cave and an RBI single by Arraez off reliever Bryan Shaw. Clase was then summoned and Arraez came around to score on Correa’s infield single and throwing error by Ramirez. Jose Miranda followed with a single to send Correa to third but Clase then got Kepler to ground out to end the game.