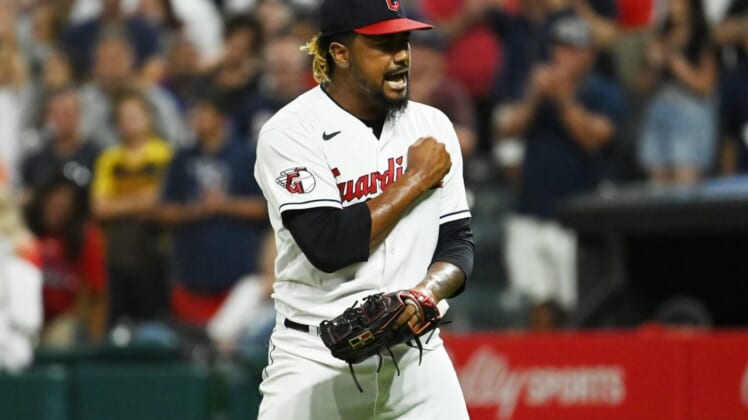 Triston McKenzie recorded a career-high 14 strikeouts and Amed Rosario had a go-ahead RBI single in the seventh inning, fueling the host Cleveland Guardians to a 5-2 victory over the Chicago White Sox on Friday.

McKenzie (9-9) picked up the win after allowing two runs on six hits in seven innings. He overcame a rocky start to eclipse his previous high of 12 strikeouts, set during Cleveland’s 4-0 win over the Detroit Tigers on July 14.

Jose Ramirez belted a solo homer and rookie Steven Kwan had an RBI triple and scored on Rosario’s single. Andres Gimenez added a two-run single for the Guardians, who have won 10 of their last 13 games overall and nine of 14 versus Chicago this season.

Jose Abreu and Yoan Moncada each had an RBI single in the first inning for the White Sox, who have lost three in a row following a five-game winning streak.

Elvis Andrus went 0-for-3 in his first game since officially signing a contract with Chicago for the remainder of the season earlier on Friday. The two-time All-Star was released by the Oakland Athletics on Wednesday.

Reynaldo Lopez (5-3) induced an inning-ending groundout in the sixth before running into trouble in the seventh.

Lopez allowed a one-out double to Luke Maile and an RBI triple to Kwan that tied the score at 2-2. Kwan didn’t stay on third base for long, as he came home on Rosario’s RBI single.

Lopez departed in favor of Jake Diekman, who walked the first two batters he faced before Gimenez’s single to left field scored both Ramirez and Rosario to push the Guardians’ lead to 5-2.

Trevor Stephan retired the side in the eighth inning and Emmanuel Clase struck out two batters in the ninth to secure his 28th save of the season.

The White Sox bolted out to a fast start in the first inning.

Ramirez halved the deficit in the sixth after depositing a 1-1 slider from Lance Lynn over the wall in right field for his team-leading 23rd homer of the season.