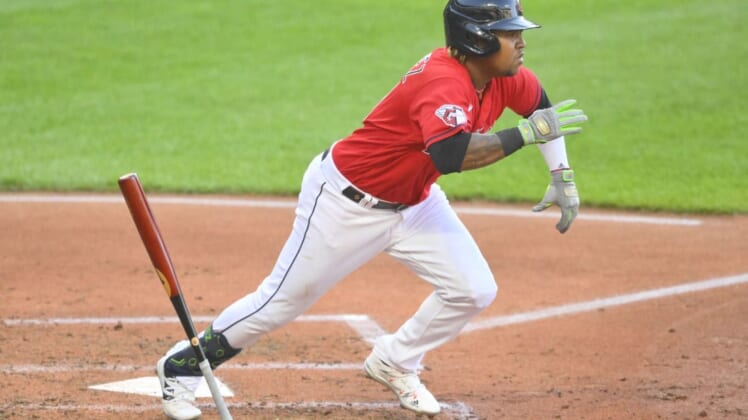 McKenzie (7-6) did not give up a run over eight innings, with a career-best 12 strikeouts. He allowed five hits with no walks as the Guardians ended their five-game losing streak to the Tigers.

McKenzie’s 109 pitches were a career high, and he matched his career high in innings pitched. The third-year starter has won each of his last three starts heading into the All-Star break.

Emmanuel Clase finished off the victory with a scoreless ninth inning.

The Guardians hit their first home run in five games in the second. Naylor delivered his 12th of the season an estimated 401 feet to right center for a 1-0 lead. Tigers right-hander Elvin Rodriguez (0-3) has allowed nine of his 10 home runs in his five starts this season.

Guardians All-Star Jose Ramirez drove in his AL-leading 69th run with a single to bring home Steven Kwan in the third. Fellow All-Star Gimenez followed with a double off the wall in right to drive in Amed Rosario for a 3-0 lead. After intentionally walking Nolan Jones to load the bases, Rodriguez retired Austin Hedges to line out to end the inning.

Gimenez drilled his 10th home run an estimated 414 feet to right field to lead off the eighth, as the Guardians opened a four-run advantage.

Rodriguez gave up three runs on seven hits over 5 2/3 innings, with four walks and four strikeouts.

Cleveland came into the game after scoring one unearned run over its last 21 innings.