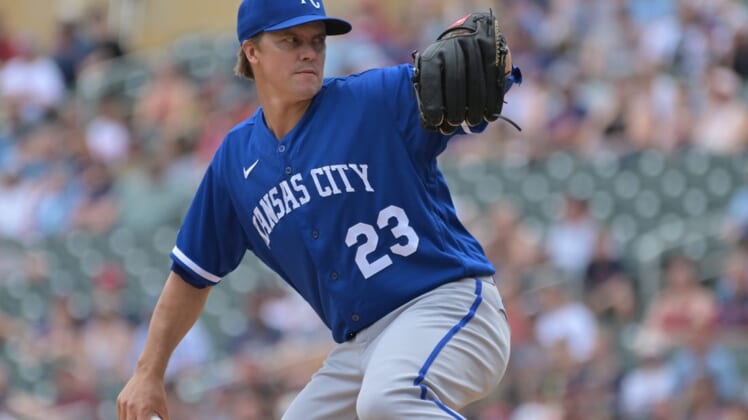 Gio Urshela, Nick Gordon and Trevor Larnach each homered, and the Minnesota Twins held on for a 7-3 win over the visiting Kansas City Royals on Sunday afternoon in Minneapolis.

Kyle Garlick also drove in a run for Minnesota, which salvaged a split in the four-game series.

Twins right-hander Sonny Gray (3-1) limited the Royals to one run on two hits in six innings to earn his third victory in a row. He walked none and struck out four.

The Twins opened the scoring with Urshela’s three-run blast in the bottom of the third. Byron Buxton reached on an infield single, Luis Arraez singled to left field two batters later, and Urshela capitalized with a 382-foot shot to left field for his fourth homer of the season.

Minnesota opened the fourth inning with back-to-back, solo home runs to increase its lead to 5-0. Gordon belted a pitch 404 feet to right-center field for his first homer of the season and fifth of his career, and Larnach followed with a 371-foot shot to left field for his third homer.

Larnach struck again in the sixth, this time with an RBI double to left field to make it 6-0.

Kansas City finally got on the scoreboard in the top of the seventh. Melendez ripped an RBI double to deep right field to drive in Benintendi, and Dozier followed with an RBI single to right field to score Melendez.

The Twins answered with a run in the bottom of the frame. Garlick hit an RBI double to left field to score Arraez, who reached on a leadoff single and advanced to third on a single by Jorge Polanco.

Benintendi cut the Royals’ deficit to 7-3 in the eighth with an RBI single to deep right field.