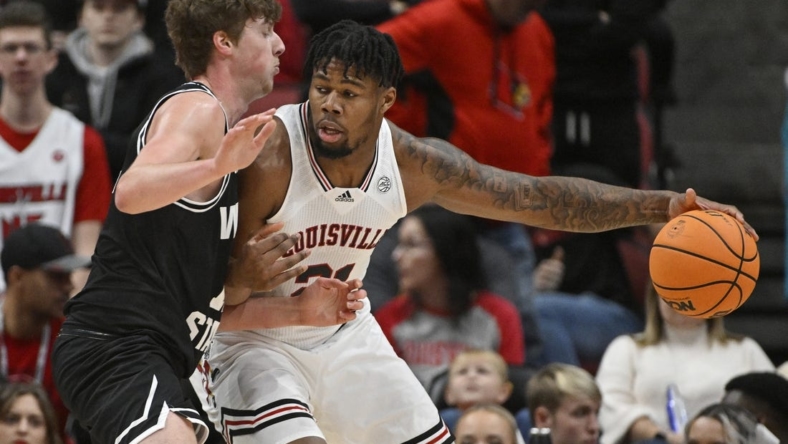 Trey Calvin’s stepback jumper just inside the 3-point line at the buzzer gave the Wright State Raiders a dramatic 73-72 win over the host Louisville Cardinals on Saturday afternoon.

Calvin scored 13 of his team-high 17 points in the second half, including nine in the final 4:41. Brandon Noel added 13 points for the Raiders, among them four straight in the final 1:03 to trim Wright State’s deficit to one with 12 seconds to play.

El Ellis scored 29 points on 12 of 20 shooting for Louisville (0-2). He scored 17 of those points in the second half, including his team’s final 13 points. His back-to-back 3-pointers had pushed the Cardinals back ahead by six with 6:14 to play. They led by 10 twice early in the second.

Wright State (1-1) shot 47.7 percent from the floor, compared with 50.8 percent for Louisville. Both teams struggled most of the game from 3-point range, though the Raiders hit 3 of their last 5 and finished 5 of 16. The Cardinals were 5 of 18.

Louisville also had 19 turnovers, which Wright State turned into 18 points.

Neither team led by more than four in the first half, with six ties and seven lead changes.

Trailing by four, the Raiders scored seven straight points, five by Huibregtse, to take a 32-29 lead with 4:48 left in the half, but the Cardinals finished on an 8-2 run to lead 37-34 at the break. Ellis scored six of those points.

Ellis led all scorers at the half with 12 points on 6-of-10 shooting. Braun hit all four of his first-half field-goal attempts to lead Wright State with eight points.

Louisville shot 50 percent from the floor, and Wright State hit 42 percent before intermission.