Trevor Siemian out for season with ankle injury suffered on ‘MNF’ 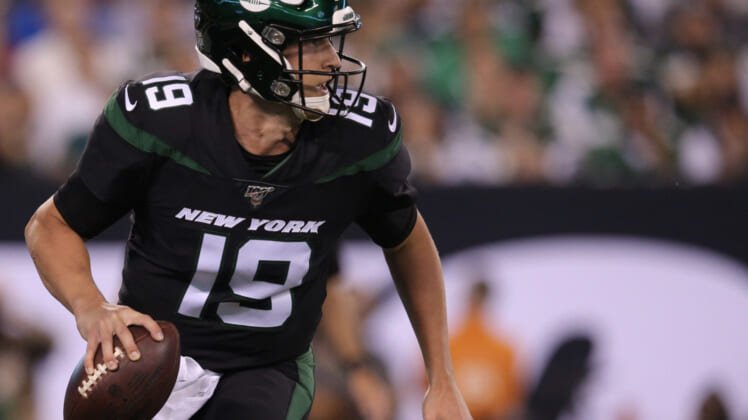 The gruesome ankle injury Trevor Siemian suffered on “Monday Night Football” will keep him out the remainder of the season, per ESPN’s Adam Schefter.

In no way is this surprising news. When Myles Garrett hit Siemian late on this ill-fated play, the quarterback’s leg was pinned under his own body and his ankle contorted in an awful way. It was a miracle that he was able to walk off the field.

New York will now roll with former sixth-round pick Luke Falk under center for the foreseeable future. Starter Sam Darnold will still be out a few weeks or more with mononucleosis.

The Jets will need to bring in another quarterback as well. Many have had the same thought as Dez Bryant, who offered his suggestion while watching Monday night’s debacle at MetLife Stadium.