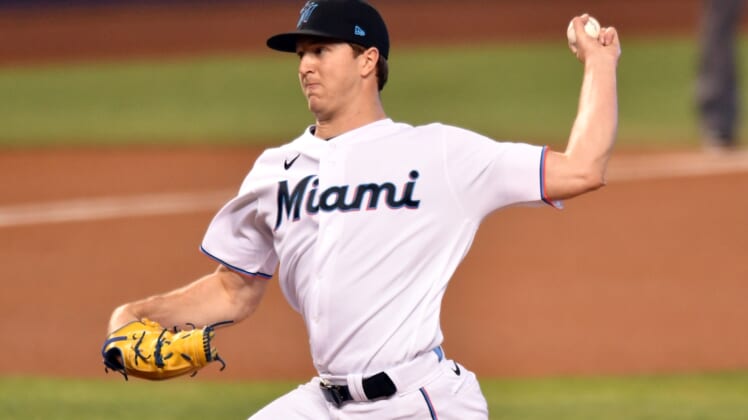 The teams split a brief two-game series. The Marlins, who snapped a two-game losing streak, are 7-3 in their past 10 games.

Jesus Aguilar went 1-for-3 with a two-run double, one walk and one run scored to lead Miami’s offense.

Marlins rookie second baseman Jazz Chisholm — in his first time leading off in the major leagues — went 2-for-4 with one steal. Marlins right fielder Adam Duvall added an RBI single and an outfield assist.

Rogers (2-1) allowed four hits and one walk, striking out eight and lowering his ERA to 1.64. Miami’s first-round pick in 2017, Rogers threw 60 of his 82 pitches for strikes. This was the longest appearance of his brief career.

Dylan Floro pitched a perfect eighth inning, and Yimi Garcia picked up his fourth save of the season.

Bruce Zimmermann (1-2) took the loss, allowing six hits, two walks and three runs in 4 2/3 innings. The left-hander held Miami scoreless through four innings but ran into trouble in the fifth.

Baltimore was held to four hits — three singles and a Maikel Franco double.

The Marlins were without starting catcher Jorge Alfaro, who went on the injured list due to a hamstring issue.

Catcher Sandy Leon, who replaced Alfaro on the roster, went 2-for-3 with one run scored.

Baltimore put right fielder Anthony Santander on the injury list. He injured his left ankle sliding into first base on Tuesday and could miss two to four weeks. Ryan McKenna took his roster spot and went hitless in two at-bats.

Miami opened — and closed — the scoring with three runs in the fifth. After Leon hit a leadoff single, and Miguel Rojas drew out a two-out walk, Aguilar stroked his two-run double, and Duvall belted an RBI single.

The Orioles were shut out for the third time this season and the second time in the past three games.