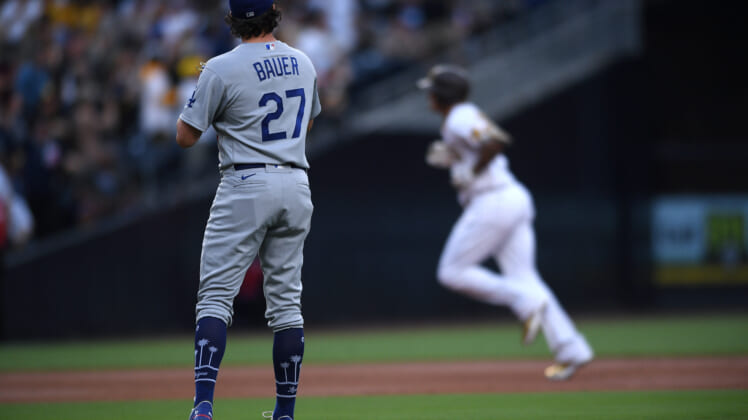 Los Angeles Dodgers pitcher Trevor Bauer is currently on MLB administrative leave as the league investigates sexual assault allegations made against him in 2021. While he will avoid criminal charges following a recent ruling, the 31-year-old could still be headed for a suspension.

Bauer was originally placed on administrative leave on July 2 following graphic assault allegations made against him. Originally signed by the Dodgers to a three-year, $102 million contract, the All-Star pitcher hasn’t taken the mound since June 28, 2021.

A judge ruled in his favor in August, dissolving a temporary restraining order sought against him by a woman who accused Bauer of unwanted physical abuse during consensual rough sex. When the L.A. District Attorney’s Office decided against filing charges against Bauer in February, he remained on leave.

With the criminal investigation concluded, MLB is moving forward with its investigation into the allegations made against Bauer. Despite there being no criminal charges, league rules permit MLB to suspend Bauer for violating the league’s conduct policy.

While Bauermissed the final half of the 2021 season, he received his full $38 million salary. Similar to Houston Texans quarterback Deshaun Watson, who didn’t play in 2021 amid an investigation into 22 allegations of sexual misconduct, Bauer’s time away from the Dodgers might not reduce a potential ban.

According to Ken Rosenthal of The Athletic, any penalty Bauer receives from MLB is unlikely to apply retroactively for time served.

In short, any suspension length would apply entirely to the 2022 MLB season. It will also impact the Dodgers, who could deduct any salary withheld during that suspension from their payroll. Of course, Bauer would appeal any suspension he receives from MLB.