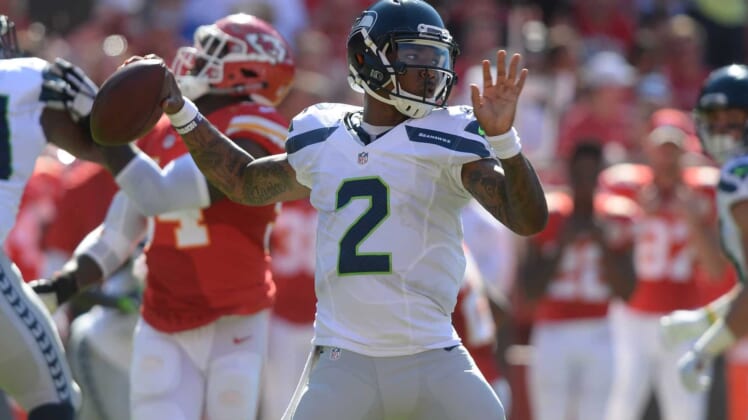 Trevone Boykin has proclaimed his innocence while decrying the “false” reports that he committed domestic violence, but on Wednesday he was arrested for the alleged crime.

TMZ Sports reports Boykin is currently in custody after being arrested, and that he is accused of breaking the jaw of his girlfriend, Shabrika Bailey.

Boykin has a history of off-field troubles. While at TCU, he was involved in an incident prior to the Alamo Bowl. He was initially charged with third degree felony assault, which was later brought down to a misdemeanor.

The Seattle Seahawks released the quarterback as soon as news broke that he was being accused of domestic violence. He played sparingly for the club, appearing in five games and attempted only 18 passes while backing up Russell Wilson.