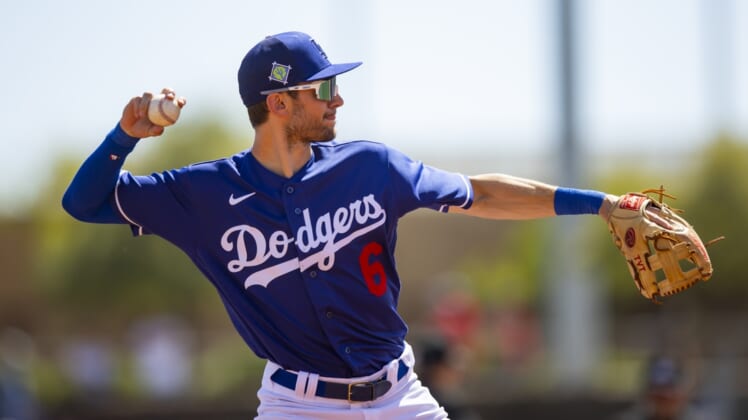 The Los Angeles Dodgers avoided arbitration Tuesday with their star shortstop and one of their ace pitchers.

Trea Turner agreed to a contract that will pay him $21 million this season, according to multiple reports Tuesday evening, and lefty starter Julio Urias agreed to an $8 million deal.

Turner, 28, was one of the best players in Major League Baseball last season. He finished fifth in MVP voting in the National League after leading the league in hits (195), stolen bases (32) and total bases (319). He also had 28 home runs, 77 RBI and a batting average of .328 that led all major leaguers.

The Dodgers acquired Turner and ace pitcher Maz Scherzer in a mid-season trade with the Washington Nationals. LA sent four prospects to Washington in the swap.

Urias, 25, was seventh in NL Cy Young voting last year after winning an MLB-best 20 games. He had just three losses in 32 starts, fanned 195 batters and posted a 2.96 ERA.