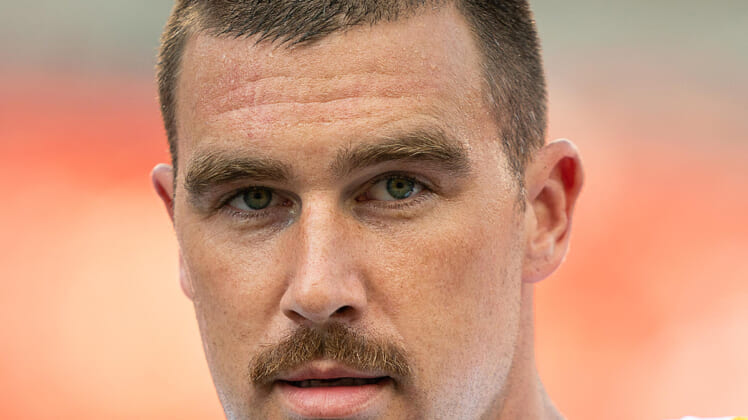 While Kansas City Chiefs tight end Travis Kelce is touted as one of the best in his position in the NFL, he’s also great at building a brand for himself.

A few years ago, he appeared and starred in a reality dating show called “Catching Kelce,” which was basically designed to help him find a girlfriend. He and the winner Maya Benberry did not work out, but he’s determined to give content creation another shot.

Partnering with LG, the 31-year old football player launched an exclusive, three-part video campaign for the tech company and their “Only on OLED by LG” campaign. The series is called “Travis Kelce, Only On OLED” and highlights the tight end’s bold personality as he chats about life after football and hangs out with his childhood friends. Each video is available on YouTube and is a bite-sized look into Kelce’s mind. Special cut-downs of each video will also be shared on both Travis Kelce and the Kansas City Chiefs’ social channels.

The third instalment of the series was unveiled on September 29, which is focused on the print calendar that Kelce unveiled on the same day. The 12-month calendar is available online in PDF format, and is for the entirety of 2022. Each month showcases a different picture of Kelce in different costumes, with a quick, witty caption underneath.

In 2017, Chiefs head coach Andy Reid criticized Kelce for the reality show, but quickly added that he likes the tight end as a football player (how could a head coach not appreciate what Kelce brings to the game?). But, apparently, Reid’s opinion on his content creation will not stop Kelce from establishing himself in the video world. 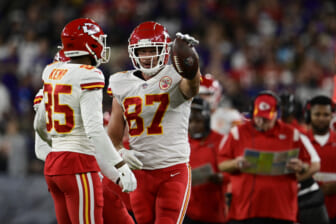 While the tight end is already thinking about life after football, he’s still setting records and making a huge impact within the NFL. Other than being a six-time Pro Bowler and a three-time first-team All-Pro selection, he is a huge part of Kansas City’s offense and domination of the league.

Last season, Kelce caught 97 passes from superstar quarterback Patrick Mahomes for a total of 1,229 yards and five touchdowns. Even though he was playing injured, he played a solid game in the Chiefs’ Super Bowl loss to Tom Brady and the Tampa Bay Buccaneers; he caught six passes that led to a 43 yards and a touchdown.

Kelce holds several NFL records, pretty much guaranteeing him a spot in the Hall of Fame upon retirement. Obviously, his career in Kansas City has been prolific.

He’s the record holder for most consecutive seasons with 1,000 yards receiving by a tight end (five), and also holds the record for most receiving yards by a tight end in a single season (1,416), ousting New England Patriot turned Tampa Bay Buccaneer Rob Gronkowski for the title. He was also the first player with three touchdown passes in a quarter in NFL history, when he notched them in the second quarter against the Houston Texans in January 2020. Oh, yeah, he did it hurt, too.

In addition to his football and video efforts, Kelce also runs a charitable foundation called 87 & Running, which aims to help disadvantaged youth in Kansas City fight–and overcome–adversity. They offer programs, funding and outreach initiatives to underserved youth, and have done so since 2015.

Travis Kelce’s charitable efforts through this foundation made him the Chiefs’ Walter Payton Man of The Year nominee in 2020, shortly after he used the money from his newly-inked contract extension to buy a space for inner city teenagers to study STEM. The building, called the Ignition Lab, is currently under construction.