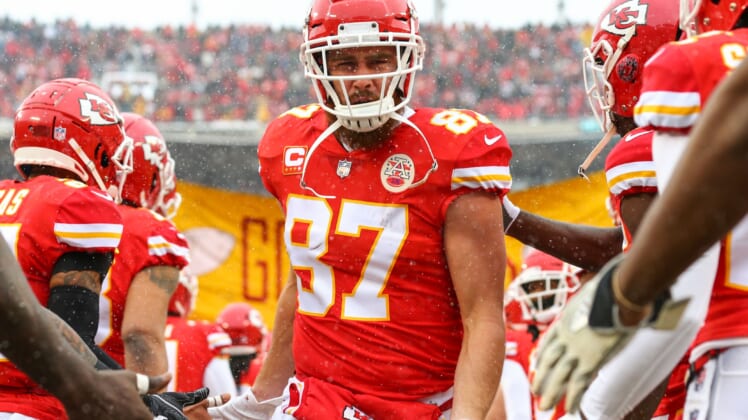 Travis Kelce was so clutch for the Kansas City Chiefs, who went into a 24-0 hole before coming back and taking a 28-24 halftime lead Saturday at Arrowhead against the Houston Texans.

A wild sequence of events sparked the unfathomable turnaround, which started when Bill O’Brien opted not to go for it on 4th-and-1 from Kansas City’s 13-yard line, kicking a field goal instead.

The Chiefs quickly turned things around and claimed all the momentum in the game, and they went into halftime with a four-point lead thanks in part to three touchdown receptions by Kelce.

Per Adam Teicher of ESPN, Kelce became the first player with three touchdown catches in a quarter in playoff history.

Kelce’s third catch capped off the second-quarter surge and was due in large part to Patrick Mahomes going full Houdini with a magical pass under pressure.

At the half, the tight end, who is banged up by the way, has hauled in eight passes for 83 yards and the three key touchdowns.