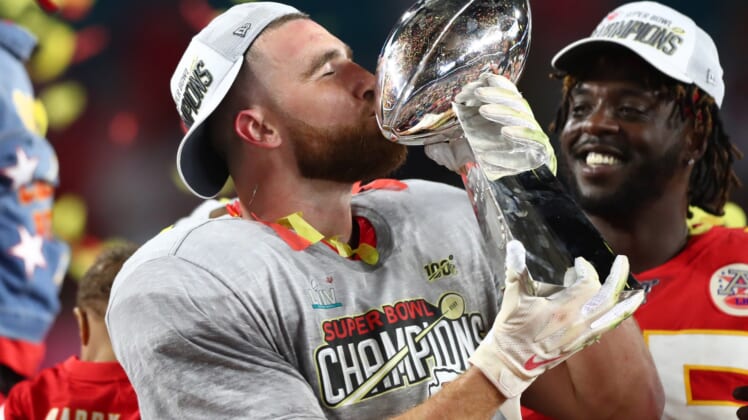 On the same day that the San Francisco 49ers signed tight end George Kittle to a record-breaking five-year, $75 million extension, the Kansas City Chiefs took care of some housework.

Months after their victory over San Francisco in the Super Bowl, the Chiefs have signed fellow All-Pro tight end Travis Kelce to a four-year, $57 million extension. This makes him the second highest-paid tight end in NFL history behind the above-mentioned Kittle.

ESPN’s Adam Schefter notes that Kelce has also received $28 million in total guarantees. It’s the continuation of a spending spree for the defending champs that has pushed back against the narrative surrounding the current economic downturn.

It also ups the ante for Kansas City in a big way.

This wasn’t as much of a win-now move as it was making one of their best players happy. With that said, the Chiefs have now invested an historic amount of money on three core players over the past couple months.

Amid the ongoing economic uncertainty surrounding professional football, that’s a bit of a risk. We have no idea how the economics are going to look in 2021 and beyond.

On and of itself, this could very well tell us a story of a Chiefs organization prepared to go win-now while risking its cap viability long-term. Such is the nature of the beast in today’s NFL.