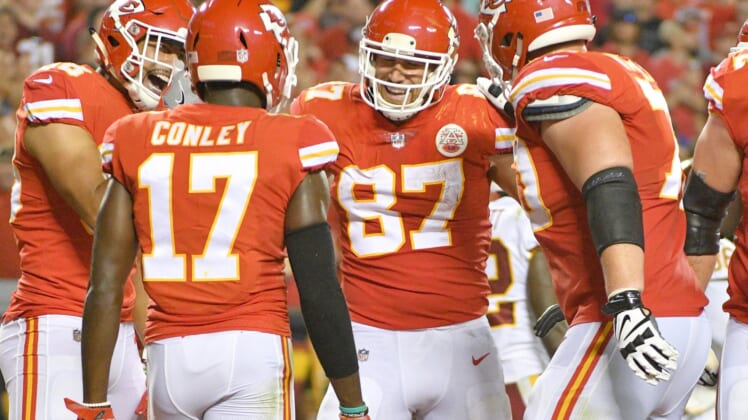 His Chiefs are routing the Oakland Raiders, locking up the No. 1 seed in the AFC in the process.

Setting the record is just icing on the top of what was already a very delicious cake.