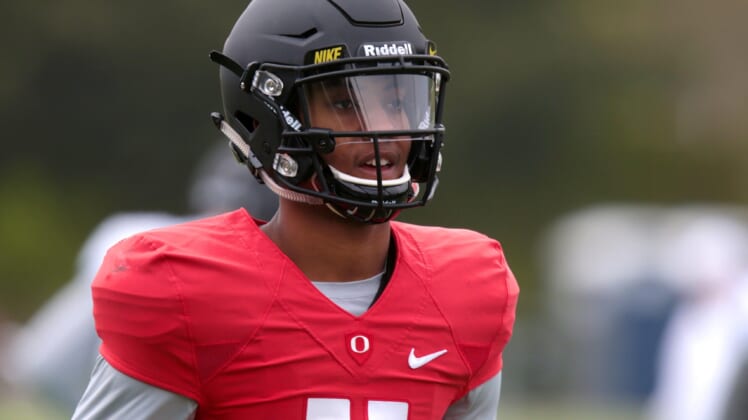 Tampa Bay Buccaneers wide receiver Travis Jonsen was arrested on Monday morning and charged with driving under the influence in Florida.

According to Rick Stroud of the Tampa Bay Times, Jonsen was pulled over for a traffic stop on the North Dale Mabry highway at around 3 a.m. EST on Monday morning. After being pulled over, offices reported that Jonsen appeared impaired and would not submit to a breathalyzer test.

Jonsen was booked at 4:56 a.m. following his arrest and remained in custody on Monday with a $500 bond listed.

The 6-foot-4 wideout started his college career at the University of Oregon before leaving to attend Riverside City College. He played quarterback in community college, then enrolled at Montana State, serving as an offensive weapon for the Bobcats.

After finishing college following the 2019 season, Jonsen joined the Buccaneers as an undrafted free agent. He bounced around in free agency and on the practice squads, never appearing in an NFL game. Tampa Bay signed him to a futures contract in January.

Already on the fringe of the Buccaneers’ roster, Jonsen’s NFL career could potentially be over. If he remains with the club, he could face a suspension from the NFL and be disciplined by the team.