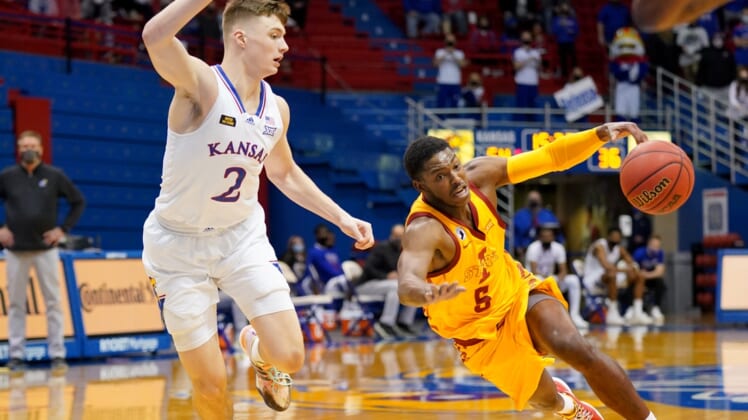 Guard Jalen Coleman-Lands will play the 2021-22 season at Kansas — his fourth NCAA program.

He posted a video to Instagram on Wednesday showing him in a Kansas uniform with the word “COMMITTED.” It will be his final season of eligibility.

Coleman-Lands played last season at Big 12 foe Iowa State and was the second-leading scorer for the Cyclones. His 14.3 points and 3.9 rebounds per game both were career highs. He added 1.2 assists per game.

The 6-foot-4 guard started his career in 2015 at Illinois, then transferred to DePaul, where he sat out the 2017-18 season because of transfer rules. He played just nine games because of leg surgery the following year and received a medical redshirt.

Coming out of La Lumiere High School in Indiana, Coleman-Lands was ranked as a four-star prospect and the nation’s No. 9 point guard by the 247Sports composite.

Coleman-Lands is another key loss for Iowa State this offseason.

In April, guard Rasir Bolton announced his transfer to Gonzaga. He was the leading scorer for the Cyclones at 15.5 points per game last season. 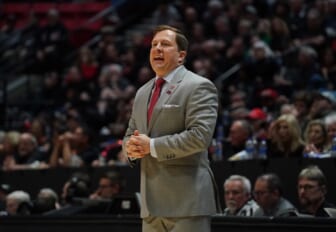