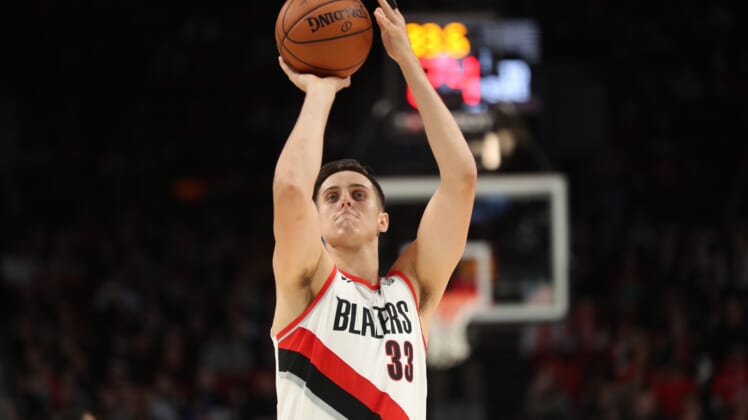 The Portland Trail Blazers will be without big man Zach Collins for at least four months after he underwent shoulder surgery, per Shams Charania of The Athletic.

Collins is an ascending player who seemingly came out of nowhere last year in the playoffs to star for the Blazers. Indeed, when the 2019-20 season opened up, Collins was getting more of a run than he had in his previous two years, averaging almost 29 minutes per game.

Appearing in three games this year before the shoulder injury, Collins averaged nine points, four rebounds and two assists per game for the Blazers.

Assuming the timeline for his recovery holds up, then there is a chance Collins could play again this season if Portland makes the playoffs.