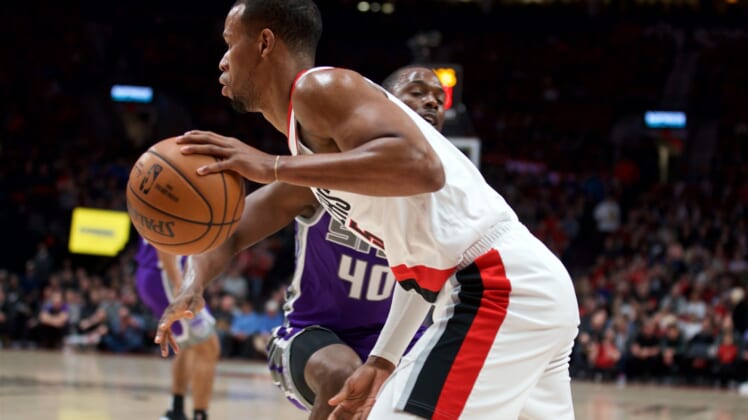 After being helped off the court with a leg injury, the Portland Trail Blazers announced shooting guard Rodney Hood suffered a torn left Achilles tendon during Friday’s game against the Los Angeles Lakers.

He suffered the injury in the first quarter when he came down with a rebound. After his left foot hit the court, Hood immediately went down in pain before being attended to by trainers and teammates.

Sadly, an MRI confirmed the team’s worst fears. The injury will end Hood’s season and likely sideline him for the start of the 2020-’21 season as well.

The 27-year-old was averaging 11.5 points and 3.5 rebounds per game this season and entered hitting 49.3 percent from three-point range. He holds a $6 million player option for next season.