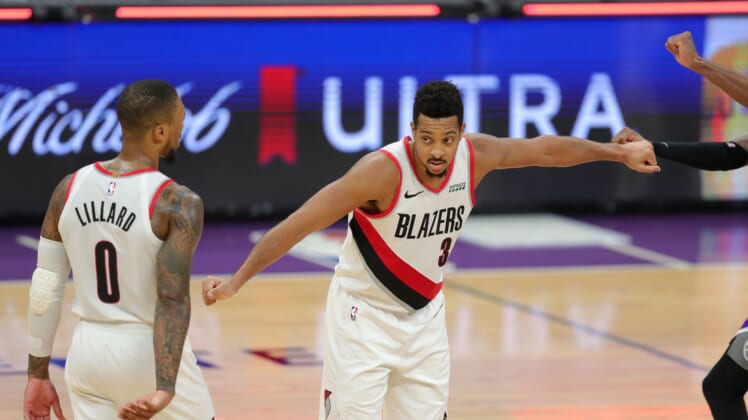 Portland guard CJ McCollum will return from a fractured left foot when the Trail Blazers host the New Orleans Pelicans on Tuesday night.

McCollum will be back on the court exactly two months after sustaining the injury during a victory over the Atlanta Hawks. He has missed the past 25 games.

The 29-year-old was off to a stellar start prior to the injury. He averaged 26.7 points and five assists in 13 games.

McCollum has dealt with three breaks in the foot during his career. He broke it midway during his senior season at Lehigh and again nine months later prior to his rookie season with the Trail Blazers.

Portland is 22-16 this season despite missing McCollum and center Jusuf Nurkic (wrist) for the past two months.