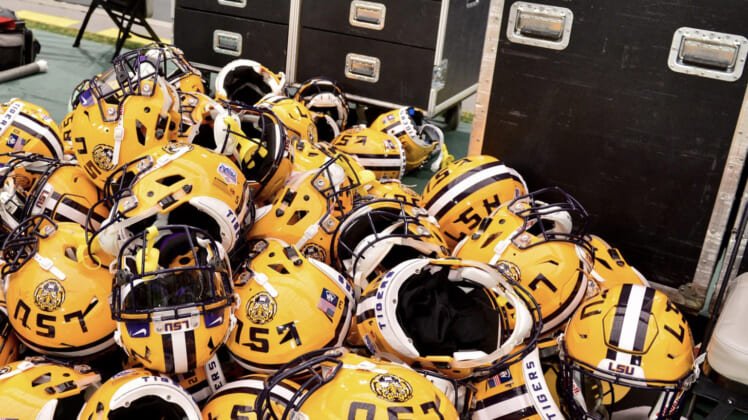 Tragedy has hit the LSU community as the school’s football team prepares for Saturday’s playoff game against Oklahoma.

The daughter in law of Tigers offensive coordinator Steven Ensminger died in a plane crash in Lousiana Saturday morning on her way to the Peach Bowl in Atlanta.

“Louisiana sports reporter Carley McCord has died in a plane crash on the way to a college football playoff game in Louisiana. Her husband, Steven Ensminger Jr., confirmed the death to The Associated Press on Saturday,” a local ABC News affiliate reported. “Ensminger’s father is the offensive coordinator for Louisiana State University’s football team. The team is to play Oklahoma on Saturday afternoon.”

This seems like a cruel joke. The Ensminger family is preparing for the biggest day of its life. For something like this to happen is about as tragic as it gets.

Our thoughts and prayers go out to the Ensminger and McCord families during these most difficult of times.