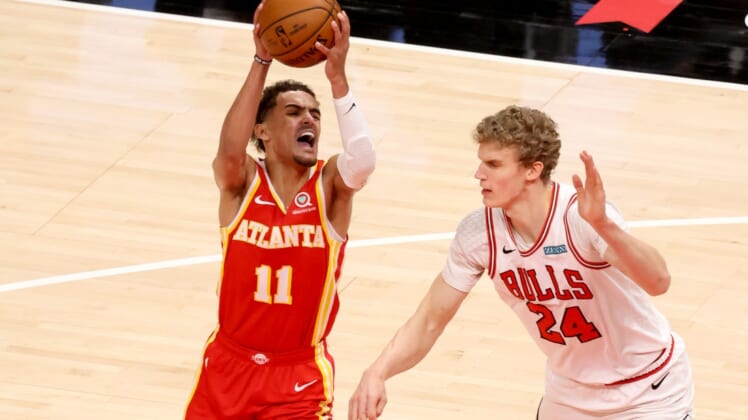 Trae Young scored 33 points while Clint Capela and John Collins each recorded double-doubles to lead the host Atlanta Hawks to a 108-97 victory over the Chicago Bulls on Saturday night.

The Hawks (35-30) snapped a three-game losing streak and took sole possession of fifth place in the Eastern Conference a half-game ahead of the idle Boston Celtics. Atlanta also pulled to within one game of the idle fourth-place New York Knicks.

The Hawks swept the season series and beat the Bulls for the second time in 22 days as Young shot 9-for-14 from the field including 11-for-12 from the free throw line. Young also had seven assists.

Capela scored 20 points and grabbed 11 rebounds while Collins finished with 13 points and 10 rebounds.

Coby White and Tomas Satoransky each had 12 points.

But the Bulls (26-38) were dealt another blow to their fading postseason hopes, losing their third in a row and fourth in their past five games.

The Bulls led 63-54 at halftime despite Trae Young’s 22 points on 6-of-8 shooting in the first half.

After a Thaddeus Young layup to open the scoring in the third quarter, Capela and Collins sparked a 17-0 Hawks run and did not trail again. Atlanta outscored Chicago 28-12 in the period.

Zach LaVine missed his 10th consecutive game for the Bulls as he remains in the NBA’s health and safety protocols.