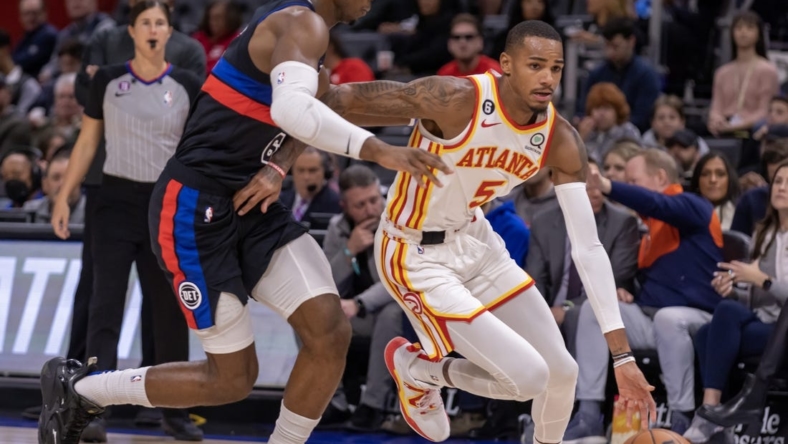 Trae Young had 35 points and six assists and the visiting Atlanta Hawks handed the Detroit Pistons their fourth straight loss, 118-113, on Wednesday.

Young pumped in 23 points by halftime but the Hawks, who led by as much as 12 points, left the floor clinging to a one-point advantage, 62-61.

Cunningham and Bogdanovic carried the Pistons’ attack, combining for 38 points.

The Pistons scored eight unanswered points midway through the third to take a 75-69 lead. Isaiah Stewart started the spurt with a putback and Bogdanovic capped it with a bank shot.

A Stewart block of a Young shot led to Bogdanovic’s fast-break dunk for a 79-71 Detroit advantage. Atlanta responded with an 11-3 run to tie it. Young had five points and an assist during that span.

The score was knotted at 89 entering the fourth.

Jalen Duren’s dunk after a Killian Hayes steal gave Detroit a 100-99 edge midway through the quarter.

The Hawks then reeled off the next nine points. Hunter had a pair of baskets during that run and Clint Capela completed it with a putback.

Bogdanovic’s 3-pointer with 3:40 left halted the run and pulled Detroit with five points. Another Bogdanovic 3-pointer made it 109-106.

Bogdanovic fired in another 3-pointer to cut the Hawks’ lead to 116-113. Young clinched Atlanta’s win with two more free throws.

The teams play again in Detroit on Friday.