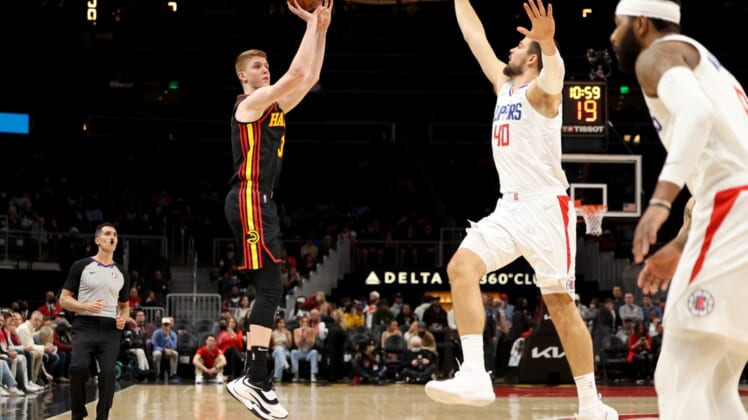 Trae Young had 27 points and 11 assists as the Atlanta Hawks withstood a late charge from the visiting Los Angeles Clippers to post a 112-106 victory Friday night.

Atlanta carried a 90-85 advantage into the fourth quarter and stretched its lead to 106-96 on Huerter’s 3-pointer with 3:49 remaining.

Atlanta held a 33-24 advantage at the end of the first quarter after outscoring Los Angeles 20-6 in the paint. Morris had nine points in the period to lead all scorers.

The Clippers outscored Atlanta 35-27 in the second quarter but trailed 60-59 at the break after the Hawks closed the period on an 8-0 run.

Young had 14 points, seven assists and five rebounds in the first half for Atlanta, which went scoreless for nearly four minutes late in the second quarter.

Morris Sr., who scored 11 points in the first half, was ejected after receiving a double technical late in the third quarter.

Young finished with five rebounds for the Hawks, who earned a split of their season series against the Clippers after losing 106-93 on Jan. 9.