Trades that could shake up top of the 2020 NFL Draft 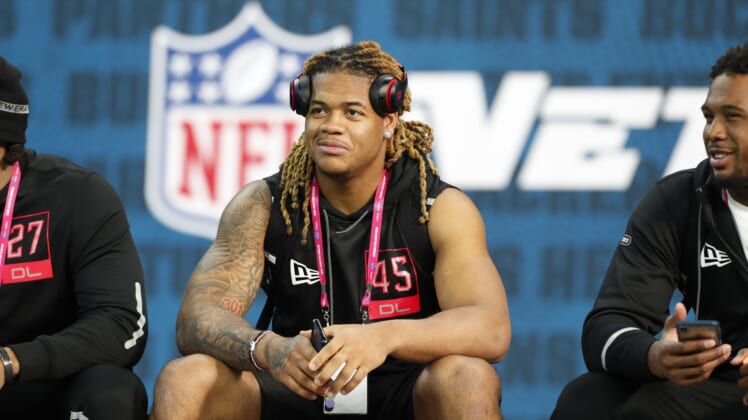 The 2020 NFL Draft is about to take place in Las Vegas five weeks from now. With free agency getting going in less than a week, a lot of rumors have persisted surrounding potential trades.

Could some top-end players be on the move? If so, how will this impact the annual draft? These are important questions to answer.

The idea: Certain teams are in great positions to capitalize on their excess of talent and draft picks. That will likely lead to some blockbuster trades either within the next month or during the draft itself. Let’s check in on some that would dramatically reshape the top of the draft in Vegas.

Dolphins move up to No. 2 overall with the Redskins: Miami has been pushing to add a certain former Alabama quarterback over the past calendar year-plus. It now has the opportunity to do just that.

Jaguars move up to third selection for Chase Young: By now, it’s already known that Jacksonville is looking to sell off veteran assets. It has already done so once. It’s in this that young talent is needed.

Colts make bold move for answers at quarterback: Indianapolis has neither a short-term or long-term option at quarterback after falling out of love with Jacoby Brissett.

These are just three of several big time trades that could shake up the top of the 2020 NFL Draft. We have seen moves of this ilk happen a ton in the past.

The idea would be for teams to get creative. Sitting back and waiting for a franchise quarterback to land on your lap has never worked. It’s all about being proactive when it comes to the most important position on the football field.

If these three moves were to come to fruition, the draft itself in Vegas would be turned upside down. Who wouldn’t be a fan of that chaos?