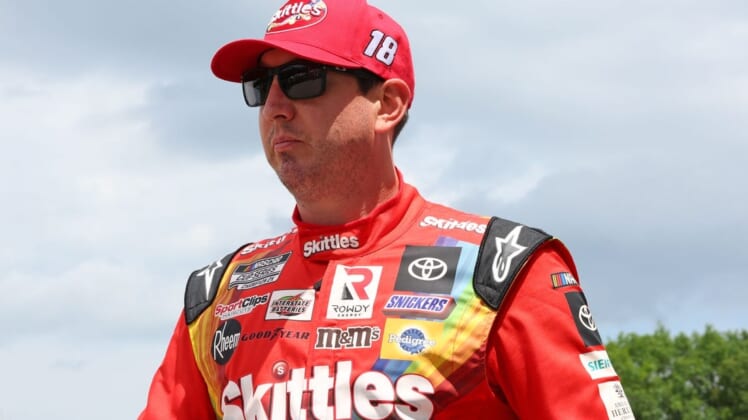 Kyle Busch’s reign as the driver of the No. 18 Toyota could be coming to an end.

The head of Toyota Racing Development, David Wilson, said that contract talks with Busch “are in a bad place right now,” adding that the manufacturer is preparing for all contingencies for 2023.

Busch is in the final year of his deal with Joe Gibbs Racing and the longtime sponsor of his car, Mars/M&Ms, announced that it would not return after this season.

He has 56 victories and two NASCAR Cup championships for JGR, for whom he has driven since 2008. But without a sponsor for 2023, the chances of bringing back Busch are diminishing.

“I wish I could handicap it for you … but I just can’t,” Wilson told NBC Sports on Tuesday. “We’re in a bad place right now … we’ve got some tremendously heavy lifting in front of us.

“I use the baseball analogy in that a couple of months ago it was much easier to imagine success, and we had some partners that we thought we were going to land,” Wilson told NBC Sports. “And that was the bottom of the third inning. Now we’re in the bottom of the seventh. And the fact is that we don’t have it.”

Busch is currently sixth in the NASCAR Cup points standings.