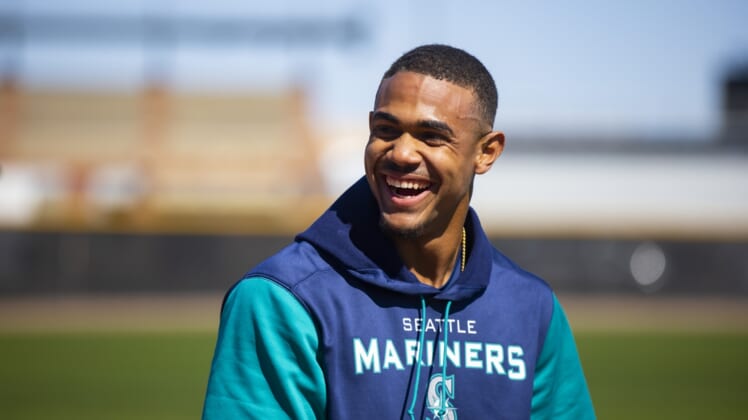 Julio Rodriguez, the top prospect in the Seattle farm system, made the Mariners’ Opening Day roster and is expected to start in the outfield when the season opens Thursday.

It will be one of the most heralded debuts for a Mariners prospect since that of Alex Rodriguez in 1994.

In 12 spring training games, Julio Rodriguez hit .419 (13-for-31) with three home runs, eight RBIs and three stolen bases. His on-base percentage was .471 and he recorded a slugging percentage of .839.

The 21-year-old is the No. 3 overall prospect in baseball, as ranked by MLB Pipeline.

Servais recounted the reaction Rodriguez had when he heard the news.

“That was quite a conversation,” Servais said. “He is so, so excited. He’s just a fun kid. The joy and the excitement he plays with, I think it’s contagious. It’s going to serve our team very well. And I think he’s a really good player on top of it. It should be fun.”

The Mariners signed Rodriguez, a native of the Dominican Republic, to a $1.75 million deal during the 2017-18 international signing period.

Seattle opens the season on the road with four games against the Minnesota Twins.