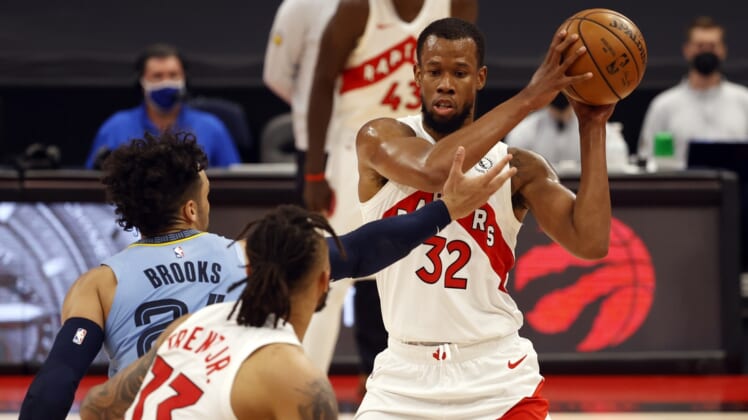 The team said X-rays showed that Hood fractured the second metacarpal during a 109-99 loss to the Memphis Grizzlies.

He suffered the injury trying to strip the ball from the Grizzlies’ Jonas Valanciunas in the fourth quarter and didn’t return.

Hood, acquired from the Portland Trail Blazers in a trade earlier this season, is averaging a career-worst 4.5 points and shooting 36.2 percent from the floor.

The seven-year vet has averaged 11.3 points over 396 career games with the Utah Jazz, Cleveland Cavaliers, Trail Blazers and Raptors.

The Raptors (27-41) have just four games left in the regular season.