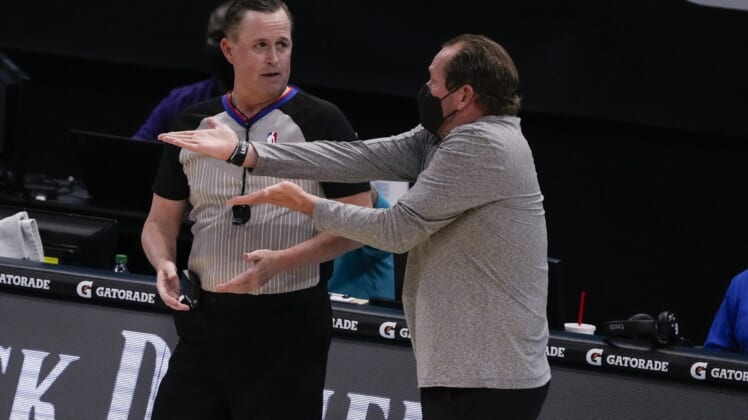 Toronto Raptors head coach Nick Nurse has been fined $50,000 for throwing his facemask behind the scorer’s table and toward the fans, as well as directing profanity toward game officials, the NBA announced Sunday.

Nurse’s actions took place after the conclusion of the Raptors’ 115-112 loss to the Utah Jazz on Friday.

Toronto was whistled for 12 more fouls than Utah, and that disparity resulted in a 41-14 edge in free throws for the Jazz.

“(We) outplayed them all over the place. It’s a hard one to win,” Nurse said after the game. “It just didn’t seem like they were going to let us win tonight.”

The reeling Raptors (17-24) have lost seven in a row heading into Sunday’s game against the host Cleveland Cavaliers.