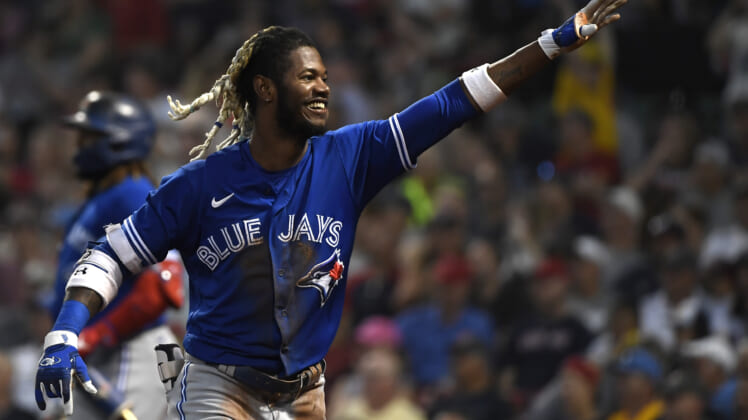 Even though the MLB is the oldest professional sports league in the world, rare occurrences still happen seemingly every day. On Friday, it was Raimel Tapia, the Toronto Blue Jays’ outfielder, who did the nearly unheard of, hitting an inside-the-park grand slam.

The Boston Red Sox were already having a bad day, down 6-0 in the top of the third inning, when Tapia came to the plate with the bases loaded and two outs.

Raimel Tapia blazes around the bases

Tapia connected on the first pitch, but he immediately hung his head in frustration, thinking it was a pop fly. But Boston’s centerfielder, Jarren Duran couldn’t find the ball. Not that it mattered, it was a deep fly to the warning track in straightaway center at Fenway Park.

Even though Tapia took an extra second or two to get out of the box, his impressive speed still allowed him to cruise around the bases to make it back to home plate, driving in four runs.

It was Tapia’s fifth home run this season, but he’s also hitting .275 across 240 at-bats and has now driven in 31 runs. Not a great day for Boston though.