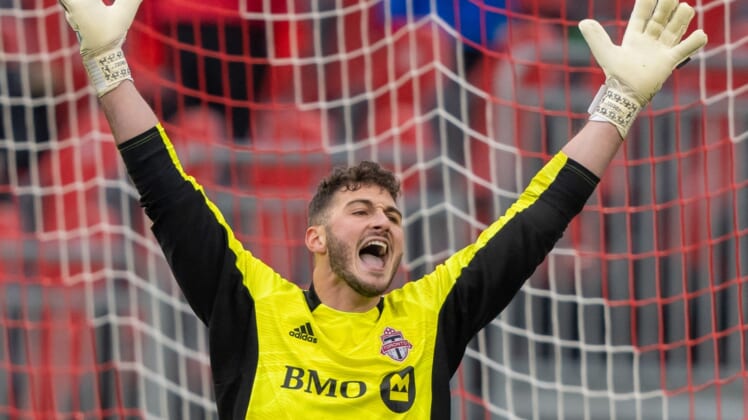 Toronto FC will look to locate their offense in a bid to snap a five-match losing skid on Saturday when they visit D.C. United in Washington, D.C.

The Reds (3-7-2, 11 points), and D.C. United (4-6-1, 13 points) for that matter, will have a bit of extra time to figure things out. The match initially was scheduled to kick off at 4 p.m. ET, however Major League Soccer announced Friday morning that it adjusted the start time to 6:30 p.m. as a means to prioritize the health and safety of the players and fans due to the expected high temperatures and humidity in the area.

Toronto FC have been shut out in three straight matches, with the last two coming in last-minute 1-0 setbacks to the Vancouver Whitecaps and Orlando City SC.

“We’ve got to get back up on that horse,” Toronto goalkeeper Alex Bono said. “We’ve got a lot of games left. We still have a lot of lessons to learn. And so, from our perspective, it’s take what we can from it and move on to the next one.”

Alejandro Pozuelo, the 2020 MLS MVP, sat out last Saturday’s loss to Orlando City with a lower-body injury. Jonathan Osorio has missed the past three contests with the same injury designation.

Pozuelo and Osorio each scored a goal to lift Toronto to a 2-1 home victory over D.C. United on March 19. Jesus Jimenez, who was held off the scoresheet in that match, leads the team with seven goals.

Ola Kamara and Taxiarchis Fountas each scored a goal in D.C. United’s 2-2 draw versus Inter Miami last Saturday. However, they joined the rest of their teammates in being held in check in a 2-0 loss to New York City FC on Wednesday.

D.C. United were left smarting after NYCFC scored off a corner kick in the sixth minute and a penalty kick following a handball on a corner kick just before halftime.

“We have a lot of growing up to do still as a team,” defender Brendan Hines-Ike said, per The Washington Post. “We have to be better in certain moments. It starts with stopping conceding these (expletive) set pieces.”