Toronto FC to put new look up against Revolution 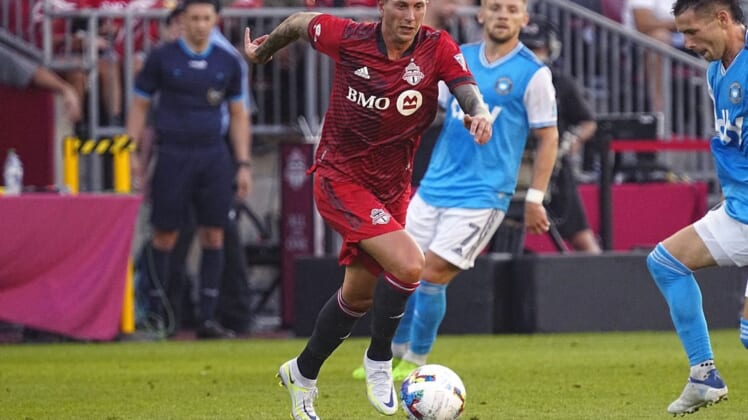 The New England Revolution will play host to Toronto FC Saturday night in a matchup of teams battling to get back into the Eastern Conference playoff race.

Toronto (6-12-4, 22 points) might be 13th in the conference standings, but if their 4-0 victory over Charlotte FC last Saturday is any indication, upward mobility is possible.

New Toronto FC signees Federico Bernardeschi and Lorenzo Insigne made their debut and had an immediate impact, with Bernardeschi scoring a goal and an assist and Insigne registering an assist.

“Hopefully we can keep building on that,” head coach Bob Bradley said. “We would hardly pretend that after a couple of days with these guys, and there we are. Even at halftime, we remind them that there’s still some moments where we’re a little careless with the ball and we have to deal with transition. I see it all, but there was a lot of positives.”

That doesn’t bode well for New England (6-7-8, 26 points) because Toronto has won its last two away games at the Revolution. However, Toronto is 0-7-3 on the road this season.

Toronto FC’s Mark-Anthony Kaye left the game against Charlotte with a lower-body injury early and missed the Canadian Championship final mid-week, which the Vancouver Whitecaps won in a penalty shootout. Kaye is questionable for Saturday.

The Revolution (4-2-4 at home) have struggled as of late, failing to win in their last five games (0-2-3). New England drew on the road against the Columbus Crew 0-0 last Saturday. The club’s newest designated player, Giacomo Vrioni, made his debut in the second half and logged 23 minutes.

“He’s energetic,” midfielder Matt Polster said after the game. “You could see within the match that he’s willing to battle up top. In MLS, there’s big center backs, and you’re going to have to grind in moments. It’s not going to be easy. … I thought he did really well.”

The Revolution could use Vrioni’s goal-scoring impact as they continue to push for a playoff berth, especially with the news that they loaned forward Jozy Altidore to Puebla in Liga MX this week.

Vrioni spent the 2021-22 season on loan at WSG Tirol in the Austrian Bundesliga and scored 19 goals, good for joint top scorer in the league.