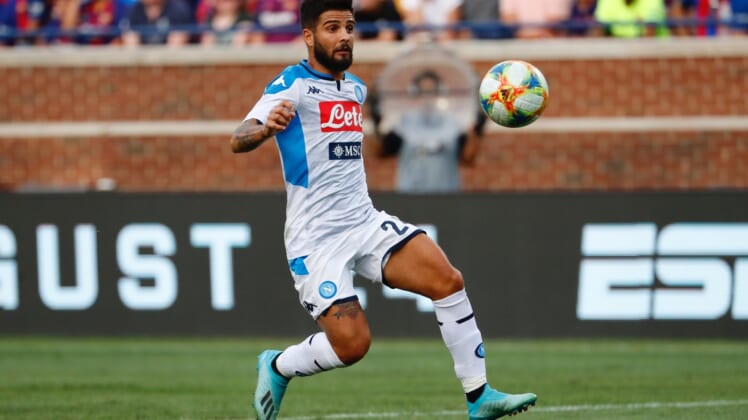 The 30-year-old Italian national team star signed a four-year deal said to be worth up to $15 million per season, dwarfing the previous record of $7.2 million set by Zlatan Ibrahimovic in his final season with the LA Galaxy in 2019.

Toronto did not disclose the financial terms of the deal, which were reported by The Athletic and other outlets.

Insigne will join Toronto this summer at the conclusion of the Serie A season for Napoli, where he has played since 2010 and served as captain since 2019.

“This is a historic and exciting day for our club,” Toronto FC president Bill Manning said in a release. “Lorenzo is a world-class attacking player in the prime of his career. He was a European champion with Italy and has performed on the biggest stages during his club career with Napoli. Lorenzo has the talent to change games. He plays the game with joy and passion, and our fans and supporters are going to love watching him as a member of our team.”

The blockbuster signing is the first major move by Bob Bradley since taking over as head coach and sporting director in late November.

“We are all looking forward to having Lorenzo join us this summer,” Bradley said in a release. “His ability to create chances for himself and his teammates is special. Having watched him for many years, I also know he’s also a player who works for the team. Lorenzo is the kind of player you come to watch because there’s always a chance he’ll do something unforgettable.”

Insigne has four goals and five assists in 15 matches this season. He has 114 goals and 95 assists in 416 career appearances with Napoli.

Internationally, the 5-foot-4 Insigne has scored 10 goals and earned 53 caps for Italy, helping the team to a UEFA Euro 2021 championship last summer.