“Dom is a powerful attacking player that has experience scoring goals in this league. He’s been training with us in Orlando, and he’s fit very well within the group,” Toronto general manager Ali Curtis said in a statement. “Adding Dom gives us another dangerous attacking option when we think about our front six.

“Dom very much wanted to join the club and that was a big part of the signing process, given he had interest from other clubs. We’re happy he’s with us, and we’re looking forward to him getting on the field.”

Dwyer’s 2020 season with Orlando City ended after just two games due to a partial patella tendon tear in his left knee. 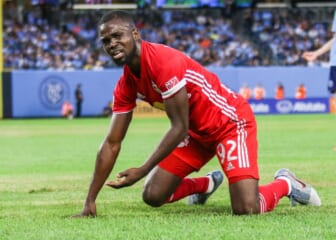