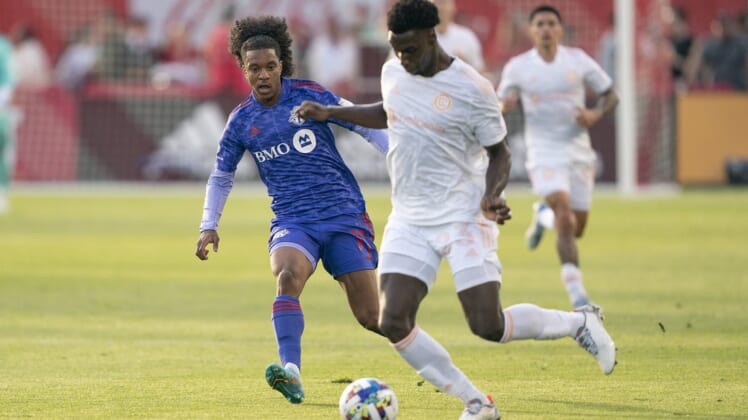 Alejandro Pozuelo scored twice in the second half to give Toronto FC a come-from-behind 3-2 victory over the visiting Chicago Fire on Saturday.

With Chicago (2-7-5, 11 points) holding a 2-1 lead in the 71st minute, Pozuelo equalized on a somewhat controversial penalty kick. Pozuelo had one foot in the corner of the box when he was fouled by Federico Navarro, and a video review ruled that Toronto FC (4-7-3, 15 points) deserved a penalty kick, much to the Fire’s dismay.

There was no dispute over Pozuelo’s next strike, a tremendous right-footed effort in the 78th minute. With the brace, Pozuelo has four goals this season.

The win ended Toronto’s six-game (0-5-1) winless drought and extended their years-long dominance over the Fire. Dating to the 2015 season, Toronto FC is 11-0-3 in their last 14 games against Chicago, tying the MLS record for most games without a loss against a single opponent.

Carlos Teran and Kacper Przybylko scored for the Fire early in the second half, as Chicago emerged from the halftime break with a flurry of offense. Designated player Jairo Torres also seemingly had a score in the 55th minute, but a video review erased the goal due to an offsides call.

Chicago outshot Toronto by a whopping 33-5 margin, but only nine of those shots were on target. Toronto FC goalkeeper Quentin Westberg was impressive in making seven saves, but the Fire also missed several quality chances.

Xherdan Shaqiri had the closest call for a late equalizer, firing a shot off the crossbar in the 83rd minute.

It was a rare offensive outburst for the Fire, who entered the game with a league-low 11 goals. The hard-luck loss extended Chicago’s winless drought to 10 games (0-7-3).

Jonathan Osorio left the game in the 12th minute with an apparent injury. Osorio missed three of Toronto FC’s previous four games with a lower-body injury, returning to play 28 minutes off the bench in last Saturday’s 2-2 draw with D.C. United.