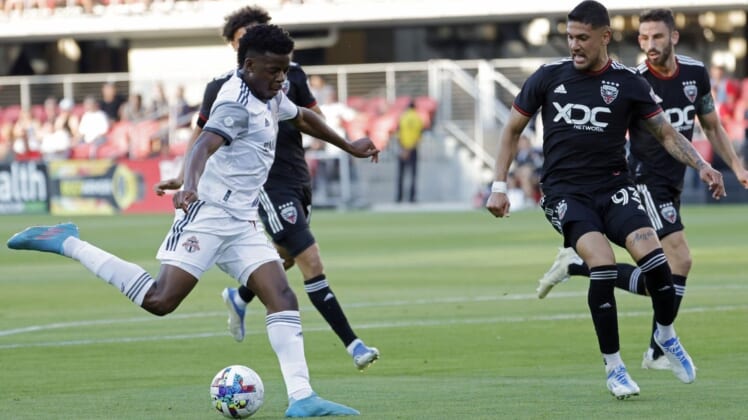 Two struggling teams are looking to get back into the win column on Saturday when Toronto FC host the Chicago Fire.

Toronto (3-7-3, 12 points) and Chicago (2-6-5, 11 points) are mired in lengthy winless droughts and hold the bottom two spots in the Eastern Conference.

The Fire are 0-6-3 in their last nine matches, putting them perilously close to the club’s record 11-game winless streak from the 2011 season.

Toronto FC are on a six-game (0-5-1) winless streak, which included three games without Jonathan Osorio due to a lower-body injury. Osorio returned to play 28 substitute minutes last Saturday, scoring an 89th-minute goal to secure a 2-2 draw over D.C. United.

“When (Osorio) is not in our midfield, it makes it really easy for every team to just focus on Michael (Bradley) … and those two have a really good understanding,” Toronto coach Bob Bradley said. “Then Oso also has incredible timing to move forward and get into the box. So for us he’s a really important player.”

Osorio was one of several Toronto regulars who saw some action in the team’s non-league Canadian Championship game on Tuesday. With this extra game mid-week, Bradley could juggle his lineup against the Fire.

A win or draw on Saturday would give Toronto a share of the MLS record for most consecutive successful results against a single opponent. The Reds are 10-0-3 in their last 13 matches against the Fire, a streak that stretches back to the 2015 season.