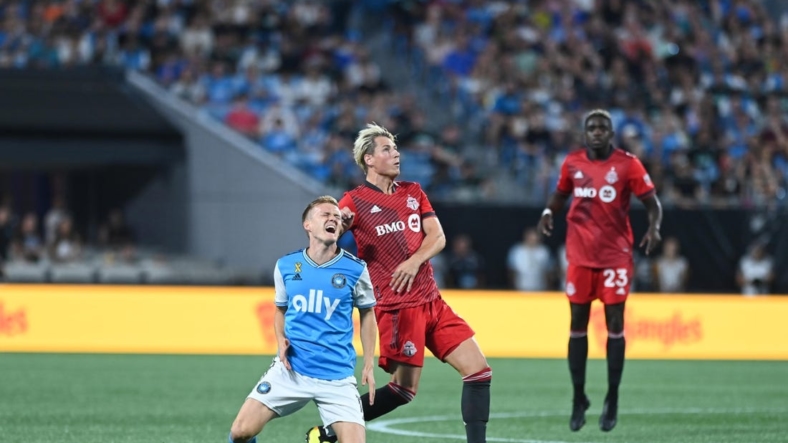 Toronto FC scored twice in the second half to take a 2-0 win against host Charlotte FC on Saturday.

The home side controlled the ball in the first half, with 59 percent of the touches while attempting 10 shots, including three on target. Toronto managed five shot attempts, none of which were on goal.

In the eighth minute, Bender cut to the middle before feeding Vargas on the right side of the box, but the striker couldn’t get a shot off. The pair connected again in the 18th minute, when Vargas got a shot off at the top of the goal area but was denied as goalkeeper Alex Bono got a piece of it with his hand to send it over the net.

In the 24th minute, Vargas again looked for the icebreaker from the right side of the box, but the ball sailed high.

Bono stopped the Colombian again in the 26th minute on a header off a cross from Karol Swiderski.

Lorenzo Insigne had the best of the minimal opportunities for the visitors, including a chance in the 12th minute from above the box that went over the net. He had another from distance in the 33rd minute that rolled just wide of the net.

Insigne finally broke through in the 49th minute. Federico Bernadeschi’s corner found Insigne at the back post, and the Italian’s bicycle kick lifted the ball over goalkeeper Kristijan Kahlina for a 1-0 lead.

Bono had to be sharp as Andre Baba Shinyashiki looked to level the score on back-to-back opportunities in the 64th and 65th minutes.

Toronto ultimately find the back of the net again, however, with Bernadeschi curling one from high in the box to the far side in the 66th minute.