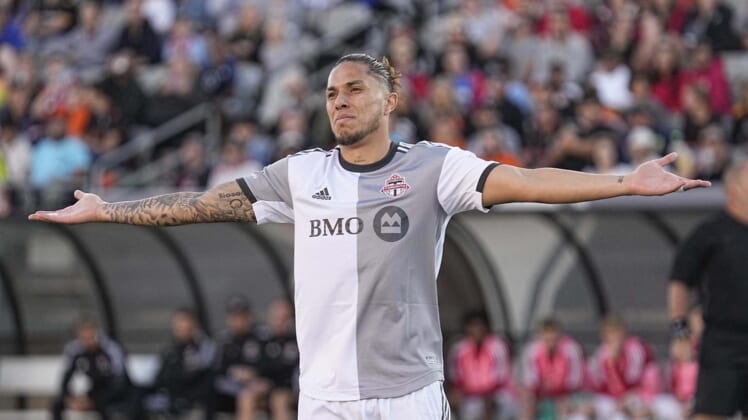 The 28-year-old center back is reportedly set to return to Mexico to join Liga MX’s FC Suarez.

The move opens up a Designated Player spot on the Toronto roster.

“We’d like to thank Carlos for his efforts during a difficult time,” TFC president Bill Manning said in a release. “In the end, Carlos felt it was most important to return to Mexico to be with his wife and children. We fully support Carlos’ decision and wish him the best in the future.”

Salcedo started 13 matches this season with Toronto, which acquired him on Jan. 31 from Tigres UANL of Liga MX.

He began his professional career in the MLS with Real Salt Lake, tallying one goal in 25 matches (20 starts) during the 2013 and 2014 seasons.