Toronto Blue Jays starter Alek Manoah dropped his appeal of his five-game suspension on Saturday for throwing at Maikel Franco.

After giving up back-to-back home runs against the Baltimore Orioles on June 19. Manoah hit Franco with a 93.8-mph pitch. The benches cleared afterwards and Manoah was ejected. Manoah said the pitch was unintentional. 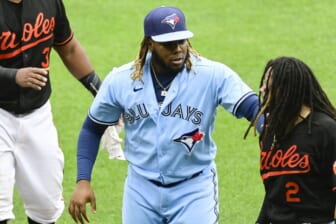 He was originally suspended earlier this week but dropped the appeal after pitching Friday night. Manoah pitched six innings Friday against the Orioles, giving up only four hits and one unearned run while striking out six. The Blue Jays lost the game 5-4 in extra innings.