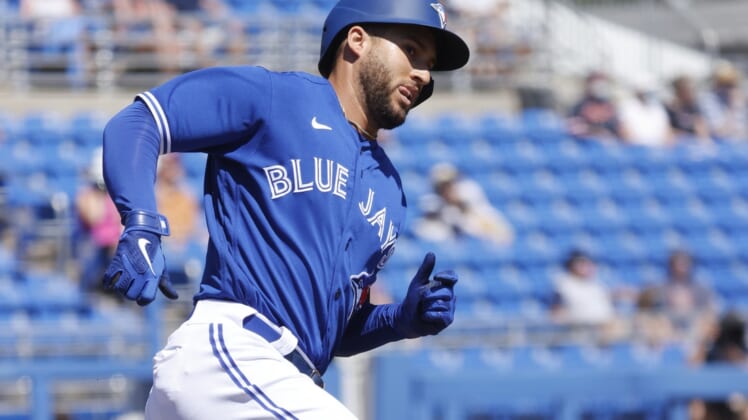 Outfielder George Springer’s debut with the Toronto Blue Jays will have to wait.

The team announced Wednesday that the prized offseason signing will begin the season on the injured list with a Grade 2 left oblique strain.

“(His latest) MRI showed improvement. Our hope is to get him back as soon as possible,” manager Charlie Montoyo said. “We’re doing what’s best for him.”

Springer, 31, signed a six-year, $150 million contract in January after seven seasons with the Houston Astros.

Toronto opens the season in the Bronx on Thursday against the New York Yankees. Springer traveled with the club and is doing “baseball activities,” Montoyo said.

Left-handed starter Robbie Ray will also begin the season on the IL after injuring his elbow falling down some stairs at his home.

Right-hander Ross Stripling will take Ray’s place as the starter for Saturday’s second game of the series with the Yankees.