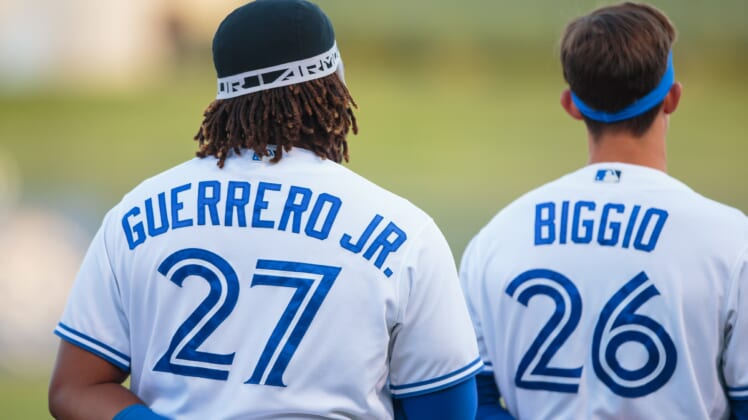 The Toronto Blue Jays will call up Cavan Biggio for Friday night’s game. When Biggio is up, he and teammate Vladimir Guerrero Jr. will make history.

Guerrero and Biggio are both sons of Pro Baseball Hall of Famers. No teammates in MLB history have ever been able to make that claim.

The Blue Jays will soon have a roster with some very familiar names.

The Toronto organization also has Bo Bichette, son of Dante Bichette, as one of its top prospects. While Dante is not a Hall of Famer, he did make four All-Star teams in his career.

But these are not just legacy kids. Guerrero, Biggio, and Bichette were considering some of baseball’s top prospects entering the season. They have a long way to go until they reach the level of their fathers. But if they do, the Blue Jays will be fun to watch for quite some time.