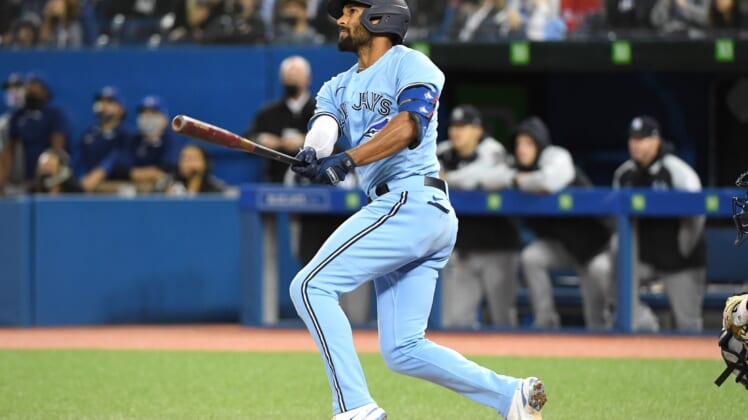 Semien’s 44th homer, a two-run shot in the first inning against the New York Yankees, broke a record that stood for nearly five decades. Davey Johnson hit 43 home runs for the Atlanta Braves in 1973. That was 17 years before Semien was born and four years before the Blue Jays franchise came into existence.

Semien broke the record in a key game for the Blue Jays against one of the American League’s top pitchers, Yankees right-hander Gerrit Cole. Toronto entered the night one game behind the Boston Red Sox for the second and final AL wild-card spot with five games remaining.

In fact, Semien wasted no time setting the record. Following a leadoff double by George Springer, Semien crushed a 2-2 pitch into the Blue Jays’ bullpen in left.

Semien, 31, signed a one-year, $18 million deal with Toronto in the offseason and has emerged as one of the league’s top players. After his record-breaking blast Wednesday, Semien was hitting .268 with a .339 on-base percentage, a .545 slugging percentage and a career-high 101 RBIs.

Prior to this season, Semien’s career-best home total was 33 for the Oakland Athletics in 2019. He has hit 159 homers over nine major league seasons.