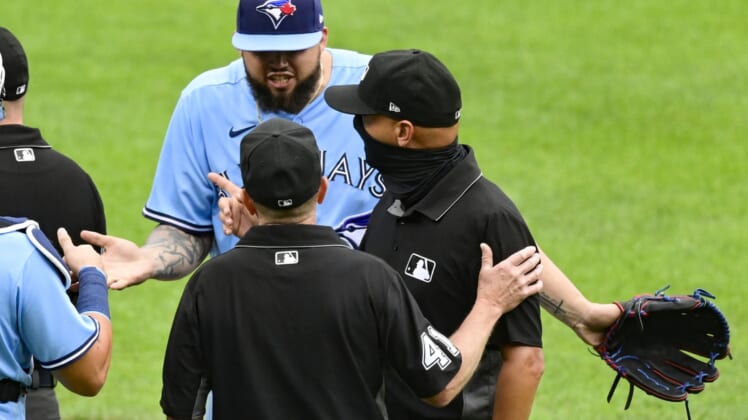 Montoyo will serve his suspension Tuesday night and miss Toronto’s game at Miami. Manoah elected to appeal his suspension, which also would have started Tuesday against the Marlins.

Manoah, 23, had just given up back-to-back home runs to Ryan Mountcastle and DJ Stewart in the fourth inning on Saturday in Baltimore when he plunked Franco near his left shoulder with a first-pitch, 93.8-mph sinker. The two exchanged words before the benches cleared, with Manoah ultimately ejected.

Manoah allowed five runs on four hits — all homers — in 3 1/3 innings, striking out six and walking one. The Blue Jays went on to win 10-7.