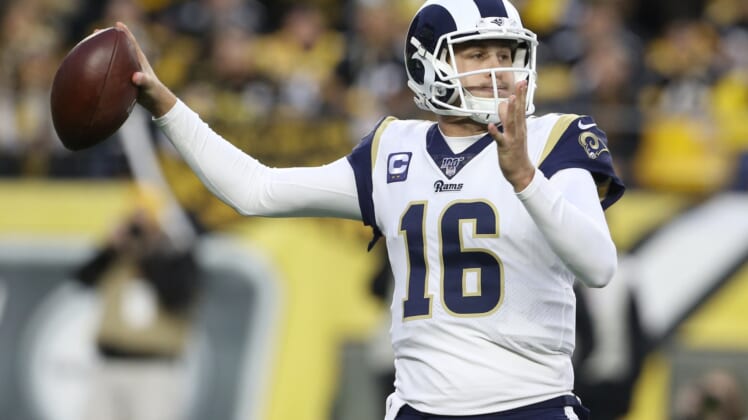 Week 10 around the NFL displayed some brilliant performances from some of the game’s young stars. On the other hand, some Super Bowl contenders were exposed in a big way. That includes the New Orleans Saints losing at home to the one-win Atlanta Falcons.

The day’s action concluded Sunday night in Dallas with the five-win Cowboys taking on another playoff contender in that of the Minnesota Vikings. When all was said and done, a brilliant performance from Dak Prescott was not enough for the Cowboys to overcome issues stopping the run.

These are among the top takeaways from Sunday’s Week 10 NFL action.

Dallas did a tremendous job stopping Kirk Cousins and the Vikings’ down-field passing game Sunday evening. Unfortunately, the team’s defense could not stop the run if its life depended on it. Dalvin Cook led a Vikings rushing attack that went for 153 yards on 36 attempts.

That was the biggest down fall for Dallas as the team dropped to 5-4 courtesy of a 28-24 home loss to the Vikings. With a good secondary and linebacker group coupled with elite pass rushers, the Cowboys are stacked on defense. They have one major hole. And it could come back to haunt Dallas moving forward.

The Rams are toast

Los Angeles knew that it needed a win on Sunday to remain somewhat alive in the NFC West race. Instead, the team went into Pittsburgh and put up a mistake-filled performance. That included Jared Goff throwing two interceptions and losing a fumble that resulted in a Steelers touchdown.

By virtue of their narrow 17-12 loss to Pittsburgh, the Rams are now 5-4 and four games behind the San Francisco 49ers in the loss column. The regression has been real, and it could lead to Los Angeles missing out on the playoffs altogether. That’s especially true with four of their next five games coming against winning teams.

Lamar Jackson is something else

The winless Cincinnati Bengals really had no chance at home against a suddenly high-flying Baltimore Ravens team on Sunday. Starting with this beautiful deep pass to Marquise Brown and culminating in another dazzling touchdown run, Lamar Jackson had it going big time in Cincy.

Before being pulled for Robert Griffin III due to the blowout, Jackson completed all but two of his 17 attempts for 223 yards with three touchdowns. That equated to a perfect 158.3 passer rating in the 49-13 win. Jackson now has to be seen as a legit MVP candidate.

Once Matthew Stafford was ruled out for Sunday’s game, it became rather apparent that the Detroit Lions would have a hard time scoring against the Bears. The only question here was whether a struggling quarterback in Mitchell Trubisky could hold up his end of the bargain.

It did not start out swimmingly. Trubisky and Co. were held scoreless for a vast majority of the first half before he tossed a touchdown late in the second quarter. The youngster would add two more touchdown passes in the second half, culminating in a narrow 20-13 win. It was by far the best performance of Trubisky’s third season. And it has the Bears at 4-5 heading into Week 11.

The Kansas City Chiefs got reigning NFL MVP Patrick Mahomes back on the field Sunday. He did not miss a beat against the Tennessee Titans, completing 36-of-50 passes for 446 yards with three touchdowns and zero picks. Unfortunately, the Chiefs’ defense completely imploded against Tennessee.

Tennessee put up 35 points, including two long touchdown drives of 60-plus yards in the fourth quarter. Derrick Henry ran through the Chiefs’ defense to the tune of 188 yards, including this brilliant touchdown scamper. Now at 6-4 on the season, Kansas City is surprisingly just a half game up on Oakland in the AFC West.

No one saw this coming. Atlanta headed into Week 10 with just one win on the season. It came back in Week 2 against an injury-depleted Eagles squad. Since then, Dan Quinn’s team had dropped six consecutive. On the other side, New Orleans entered Sunday’s home game having won six consecutive itself.

None of this mattered. Matt Ryan vastly outplayed Drew Brees. Atlanta’s struggling defense held the Saints’ rushing attack to just 52 yards. It all culminated in a shocking 26-9 Falcons win. What a brutal loss for New Orleans, which now falls two games behind San Francisco in the loss column for home-field advantage in the NFC Playoffs.

Now losers of six consecutive following Sunday’s brutal showing against the New York Jets, it sure looks like things are not going swell for Pat Shumur and Co. Despite Daniel Jones tossing four touchdowns and zero picks on Sunday, the Giants could not get out of their own way in a 34-26 loss.

Jones continued having trouble holding on to the ball, fumbling three times. Star running back Saquon Barkley went for just one yard on 13 attempts. Meanwhile, the Giants’ defense allowed the struggling Sam Darnold to put up his best performance of the season. One now has to wonder whether Shurmur’s job is safe moving forward.

Browns finally get off the schneid

Cleveland entered Week 10 with a lowly 2-6 record and was going nowhere fast. Baker Mayfield’s continued struggles with turnovers coupled with Freddie Kitchens being in over his head led to this dramatic fall from grace. However, for one day, the Browns did what they needed to do in a 19-16 win over Buffalo.

Mayfield completed 26-of-38 passes for 238 yards with two touchdowns. That included the game-winner to Rashard Higgins with less than two minutes remaining.

Even if it’s going to mean very little moving forward, it was a much-needed win for Cleveland against a legit playoff contender. Whether this leads to an improved Browns team over the final seven weeks of the season remains to be seen.

Kyle Allen is the real deal

Despite a narrow loss in the snow Sunday afternoon, this former undrafted free agent more than proved his worth as the Panthers’ long-term starter. Allen went tit-for-tat with Aaron Rodgers, coming within inches of potentially forcing overtime.

The conditions at Lambeau did not seem indicative of success. Just don’t tell that to Mr. Allen. He completed 28-of-43 passes for 307 yards with one touchdown and one interception in the 24-16 loss. Just a tremendous all-around performance for one of the biggest surprises of the NFL season.

The team forced three interceptions of Hoyer and held Indianapolis to less than four yards per rush. Meanwhile, Ryan Fitzpatrick put up a workmanlike performance in the 16-12 win. We have to give first-year head coach Brian Flores credit for getting his team ready to play against a playoff contender.