Another major is in the books. And for the 10th time in the last 12 majors, we’ve seen a first-time major champion. In fact, Francesco Molinari won not only his first major at the 2018 British Open, but the first for his homeland of Italy.

Molinari was the hottest golfer in the world coming in. The week at Carnoustie did nothing to change that. But his performance is only one of the takeaways from the Open, both good and bad.

Tiger Woods had a Sunday that we could definitely call a letdown. Even still, his overall week was anything but. Justin Rose came just short of winning. But his weekend performance was phenomenal. Rory McIlroy, meanwhile, nearly won despite struggling in the game’s most important area.

While Carnoustie wasn’t as tough as we’ve seen in the past, the weeks top players like Dustin Johnson, Justin Thomas, and Jon Rahm will tell you that it was more than tough enough.

These were the main takeaways from the Open Championship at Carnoustie.

If you live another 150 years, you’d be hard pressed to find a better major performance than what Molinari did at Carnoustie. Molinari made a double on the 17th on Friday. He then played the final 37 holes without a blemish. At a tournament like the Open, where bunkers essentially amount to one-shot penalties, that’s unheard of. The win made Molinari the first Italian to ever win a major. He’s been the hottest golfer in the world this summer. It’s only fitting that he’d win his first major. 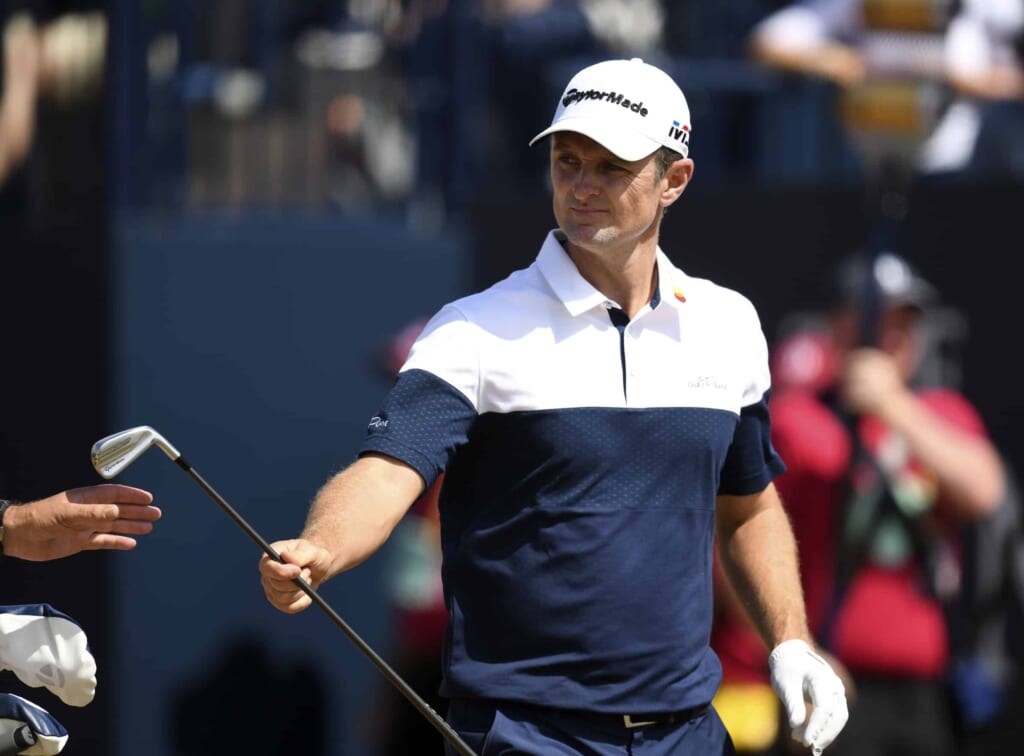 When Rose walked off the 17th green on Friday, he needed a birdie on 18 to even make the cut. He made that birdie, shot a 64 on Saturday, then a 69 on Sunday. Quite frankly, it’s hard to imagine anyone playing a better final 36 (or even 37) holes. He birdied the 18th hole on all four days. Even if it wasn’t playing quite as difficult as we saw in 1999 or 2007, that’s a hole that still had plenty of teeth. Rose didn’t win his national championship, but his play at Carnoustie was nothing short of stellar.

It’s hard to ignore a big name missing the cut. It’s also hard to ignore anyone missing the cut after a good opening round. Thomas has fallen under both descriptions at the Open in each of the last two years. A year ago, he backed up a three-under 67 with a 10-over 80 to miss the cut. In 2018, he put himself into contention with a two-under 69 on Thursday. He followed that with a six-over 77, literally shooting himself out of the tournament. A year ago, Thomas followed the missed cut at the British Open with a win in the PGA Championship. He could do that again. But this is certainly a noticeable trend.

Xander Schauffle impressive in near miss

Ultimately, a bogey on 17, coupled with Molinari’s birdie on 18 kept Schauffle from the Claret Jug. But even in a losing effort, Schauffle’s effort must be commended. Schauffle started the day with a share of the lead. With two bogeys, a double, and no birdies on the front nine, it looked like he just needed a little more major seasoning. But birdies on 10 and 14 put Schauffle right in the mix. Schauffle will no doubt be disappointed with a near miss. But his Sunday performance was an impressive grind.

Great things are on the horizon for Rory McIlroy 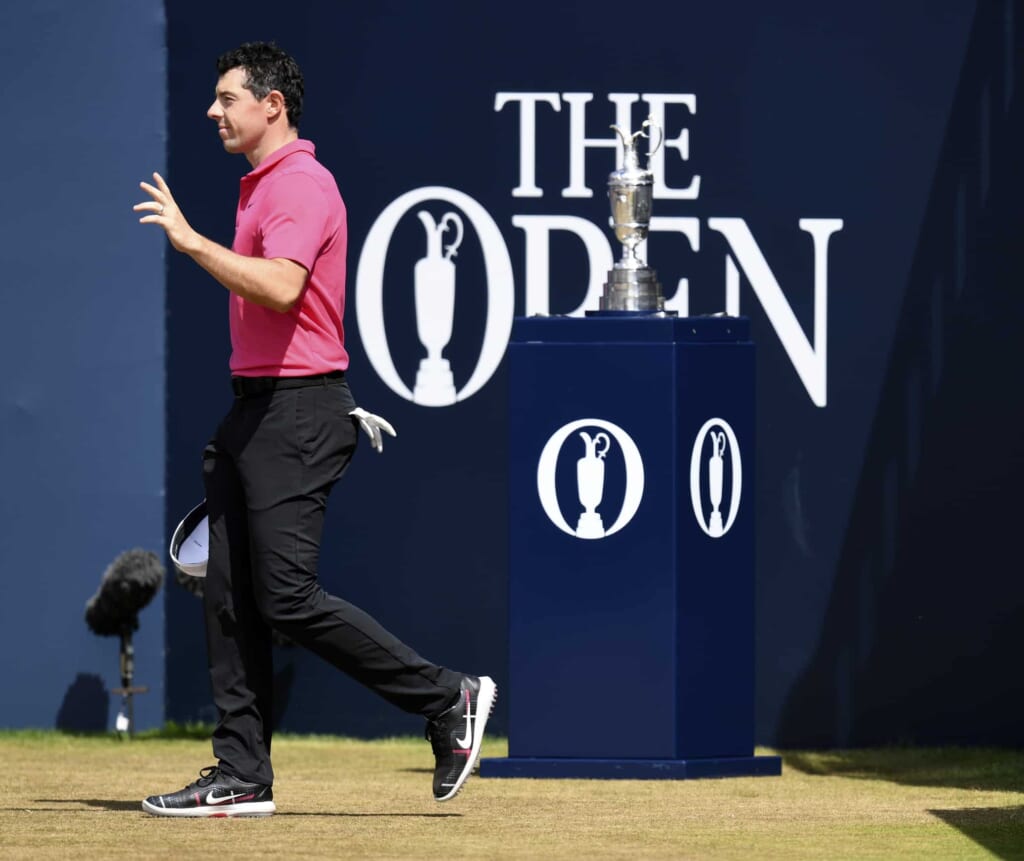 Coming away from the week, it’s hard to shake the feeling that the rest of the season might be fantastic for McIlroy. Generally speaking, bad putting spells doom for pro golfers. Even the best ball strikers in the world need to make some putts outside of 10, or even 20 feet. McIlroy struggled all week with those putts. Yet, McIlroy finished only one back. If he’s competing at a major while struggling that much with a putter, just imagine what he might do when the flat stick issues get solved.

With the exception of Tiger Woods, the British Open hasn’t necessarily been kind to players ranked No. 1 in the world. So, we’re certainly not surprised that Johnson didn’t win and aren’t really even surprised that he didn’t contend. With that understood, DJ missing the cut can’t be ignored. When Carnoustie was somewhat vulnerable on Thursday, Johnson carded a 76, ending an already frustrating day with a triple on 18. His second round 72 was better, but not good enough to avoid missing the cut at the Open for the first time since 2009. 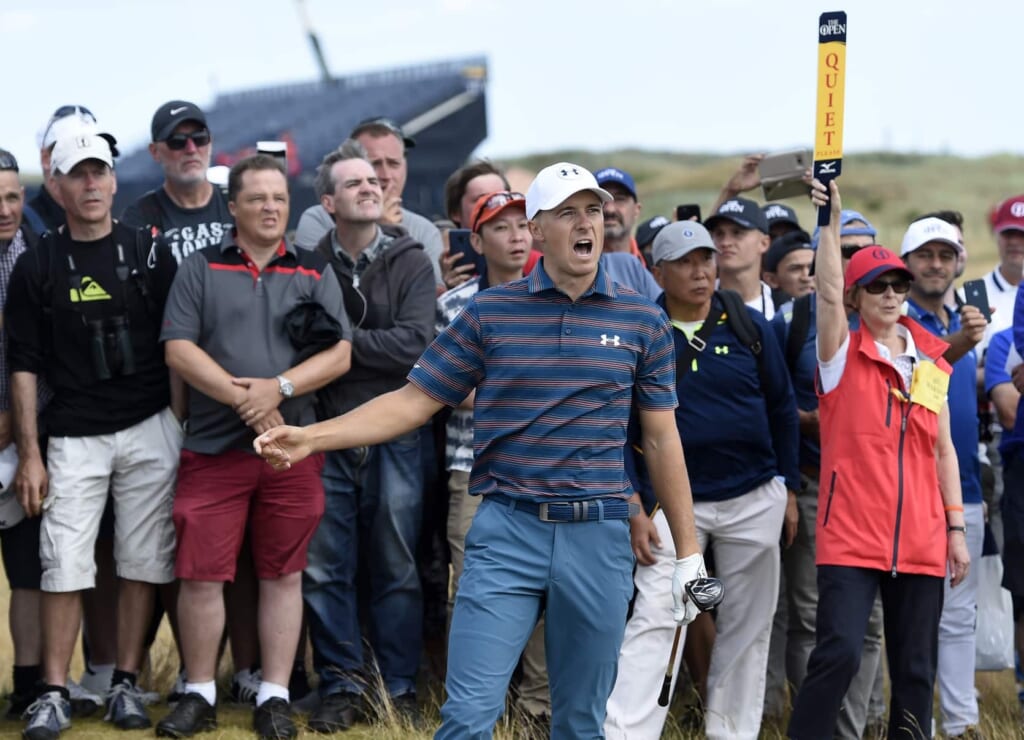 A 65 on Saturday put Spieth in a share for the lead on Sunday. A good final round would have made him the British Open’s first repeat champ since Padraig Harrington a decade ago. But it was never meant to be. Spieth couldn’t make a single birdie on Sunday and ended up finishing well behind Molinari. Spieth has yet to record a win in 2018. That’s certainly not what we expect from a player of his caliber this deep into the year. But if he wins the PGA Championship at Bellerive, he’ll complete the career slam. That would do a lot to offset the season’s frustration.

At one point on Sunday, six men shared the lead. As such, it seems weird to single out the performance of someone who was never really that close. But Finau is an exception. Why? Well, we might best remember Finau’s 2018 major season for what happened during the Par-3 contest at Augusta. But Finau has now finished in the top-10 at all three majors this season. He will definitely be someone to remember as we look towards not only the PGA Championship, but also the Ryder Cup.

Like Thomas, Rahm fired a 69 on Thursday. He was one-under through the first six holes of Friday’s round. Things took a 180 from there. Rahm made a triple, bogey, and double to play the final three holes of the front nine at six-over. From there, a bogey on 12 and a double on 16 sealed Rahm’s fate. Not even a rare birdie on 18 could get Rahm a Saturday tee time. Rahm, Johnson, and Thomas missing the cut meant that more players in the world’s top-five missed the cut than made it. They call it Car-Nasty for a reason. 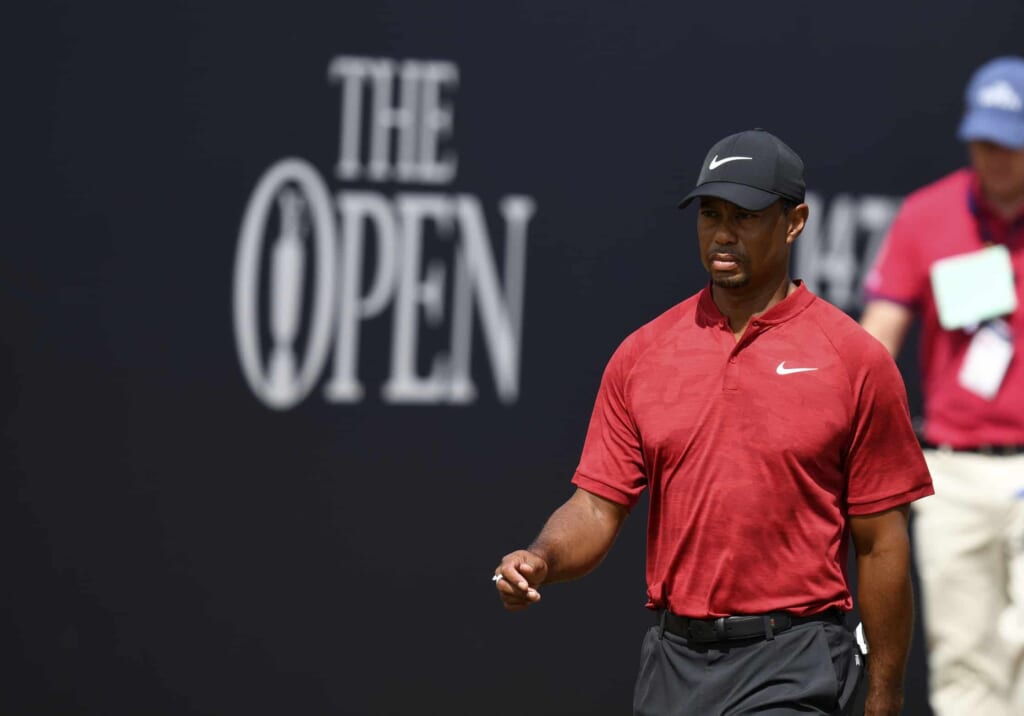 As great as Tiger’s 2018 revival was entering this week, it was missing two things. One, he’d yet to win a tournament. That still stands. Two, he hadn’t proven that he can compete in a major. He struggled at the Masters and never got going en route to a missed cut at the U.S. Open. That obstacle is now cleared. There’s more work to be done. Tiger didn’t win. Given that he briefly held the outright lead during the second nine on Sunday, there’s a measure of disappointment with that. But in reality, the fact that we can call it disappointing that he didn’t win is what makes this week so successful.