The 2018 PGA Championship is in the books. For the third time in 14 months, Brooks Koepka was better than the rest.

But while Koepka’s performance is one of the weeks main takeaways, it’s far from the only one. The week at Bellerive was exciting, with some of the world’s best players taking center stage.

At 28, Koepka was one of the many young players to thrive. But while Phil Mickelson struggled mightily, Tiger Woods showed that there’s still a place for the game’s 40-somethings. Elsewhere, golfers like Jordan Spieth, Justin Thomas, Rory McIlroy, and Dustin Johnson had plenty of good moments that were unfortunately overshadowed by frustration.

Looking back at the week at Bellerive, these were the week’s main takeaways.

Another major triumph for the unflappable Brooks Koepka

Gene Sarazen, Ben Hogan, Jack Nicklaus, and Tiger Woods. That’s quite a quartet. Entering the week, they were the only men to win a U.S. Open and PGA Championship in the same year. Koepka is now a part of that group. In a weekend that saw plenty of big names doing great things at Bellerive, none were as good as Koepka, who won his third major since the 2017 U.S. Open. This win completed one of the best two-year runs in majors that we’ve seen in a long time. 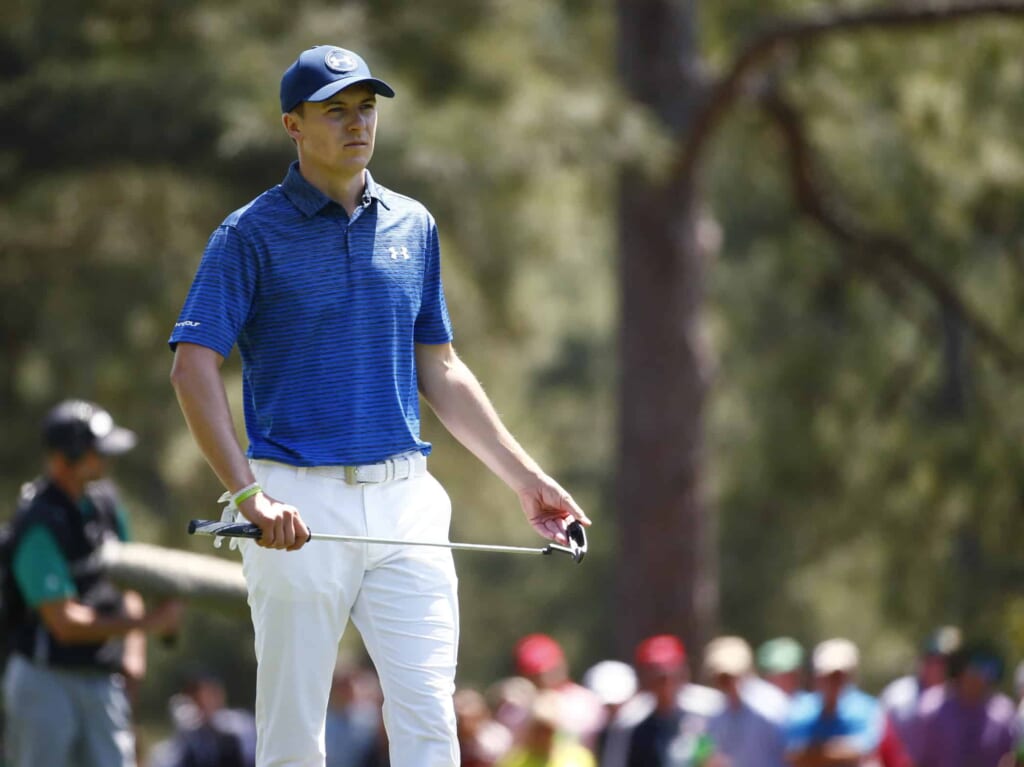 Bogeys are never ideal, but they usually aren’t what keeps golfers from competing in majors. It’s the dreaded “others” that do that. Spieth made three of those at Bellerive, making two doubles and one triple. Who knows what happens if Spieth simply pars those holes? He certainly would have been more in the mix on Sunday. In a way, Spieth’s unsuccessful grand slam bid was a perfect reflection of his 2018 season. It wasn’t disastrous by any means. But he just got in his own way a little too much to win.

Scott needed a special invitation to get into the PGA Championship. He made the most of it, finishing solo third. With the death of Jarrod Lyle just before the tournament, the week at Bellerive was emotional for everyone. But for Scott, a fellow Australian who was only a year older than Lyle, it had to be even more emotional. He handled himself quite well and certainly honored Lyle’s memory in a wonderful way. Scott’s game has fallen on some slightly hard times of late. But he reminded everyone this week that he is still pretty darn good.

Bellerive was the last chance for Mickelson to earn an automatic spot on the American Ryder Cup team. With a missed cut, that didn’t happen. Mickelson has only one top-five finish since winning back in March. At the five biggest events since then, he finished T-36 at the Masters, T-48 at a disastrous U.S. Open, T-24 at the British Open, and he missed the cut at both THE PLAYERS Championship and the PGA Championship. Truthfully, Jim Furyk will likely have a hard time passing on Mickelson as a captain’s pick. But the resume says that, at the very least, Mickelson should need a good FedEx Cup to get the nod from Furyk. 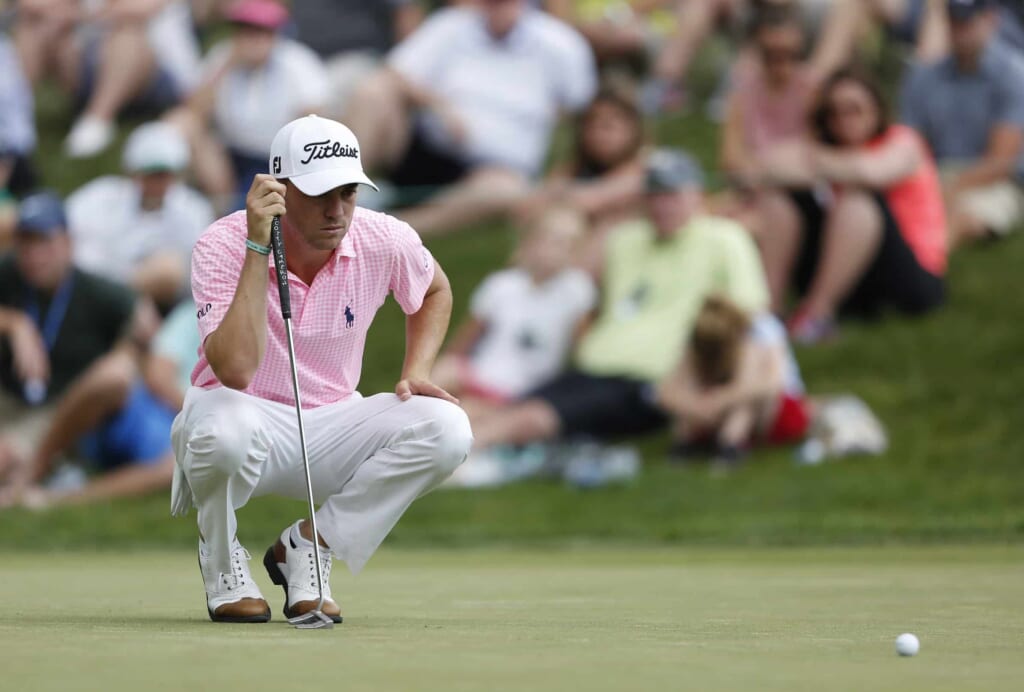 Thomas fought valiantly. For a while, it looked as though he’d be the only man besides Tiger Woods to repeat as PGA Champion in the tournament’s stroke play era. But on Sunday, he missed two putts from less than eight combined feet. One of them, a three-putt on the ninth hole, came when he realistically could have — and even should have — one-putted. That’s awfully hard to overcome on the scoreboard, but even more from the mental end of the game. It was a solid bid to repeat. But in the end, the breaks he got in 2017’s victory at Quail Hollow went the other way in 2018 at Bellerive.

The No. 1 ranked player in the world headed into the weekend at seven-under par. Over the final two rounds, he made eight birdies. That should have put him right in the mix. But six bogeys and a double over the same 36-hole stretch kept DJ from even being in contention. In a way, that perfectly summarizes his major season from 2018. There were some unquestioned positives. But in the end, the negatives were just a little too prevalent, especially for the best player in the world.

McIlroy had the game to go low this week. He made 13 birdies at Bellerive. That should have put him right in the mix. But those were largely offset by nine bogeys and a double. The bogey number looks especially bad when we remember that McIlroy’s second round scorecard was completely clean. Bogeys aren’t necessarily the end of the world at majors. But in a week where the scoring was low, that’s way too many mistakes for a golfer of McIlroy’s caliber.

While many of the world’s best occupied the top spots on the leaderboard over the weekend, Garcia missed the cut. Now, a missed cut can happen to anyone. But Garcia made the cut but didn’t make the cut in the two majors immediately after winning the 2017 Masters, and has now missed the cut in five straight majors. Much like Mickelson, his Ryder Cup spot is anything but a guarantee. The success of both Garcia and the European team through his career could certainly help Garcia get a captain’s pick. But the reputation is really the only thing to draw from. We can easily point out 12 Europeans who have played better than Sergio in 2018.

When Molinari won at Carnoustie, he didn’t make a single bogey over the final 37 holes. At Bellerive, he didn’t make a single bogey on Sunday and made only one over the final two rounds. Molinari finished in a tie for sixth at the PGA. Since missing the cut at THE PLAYERS, he’s only had two finishes that bad. Koepka will probably end up winning the Player of the Year. And with two majors, we can’t argue. But Molinari’s summer has been absolutely outstanding.

Tiger Woods rediscovers his magic in near miss

Tiger didn’t win. He still hasn’t won a major since the 2008 U.S. Open, or a PGA Tour event since the 2013 Bridgestone. But he’s now contended deep into Sunday at two straight majors. On Sunday, his game was not sharp. Off the tee, he was quite shaky. Tiger made some great putts, but also missed some that could have been made. But when all was said and done, he finished with a 64. Woods didn’t win. But as we look towards the end of 2018 and then the 2019 season, we have a lot to be excited about. 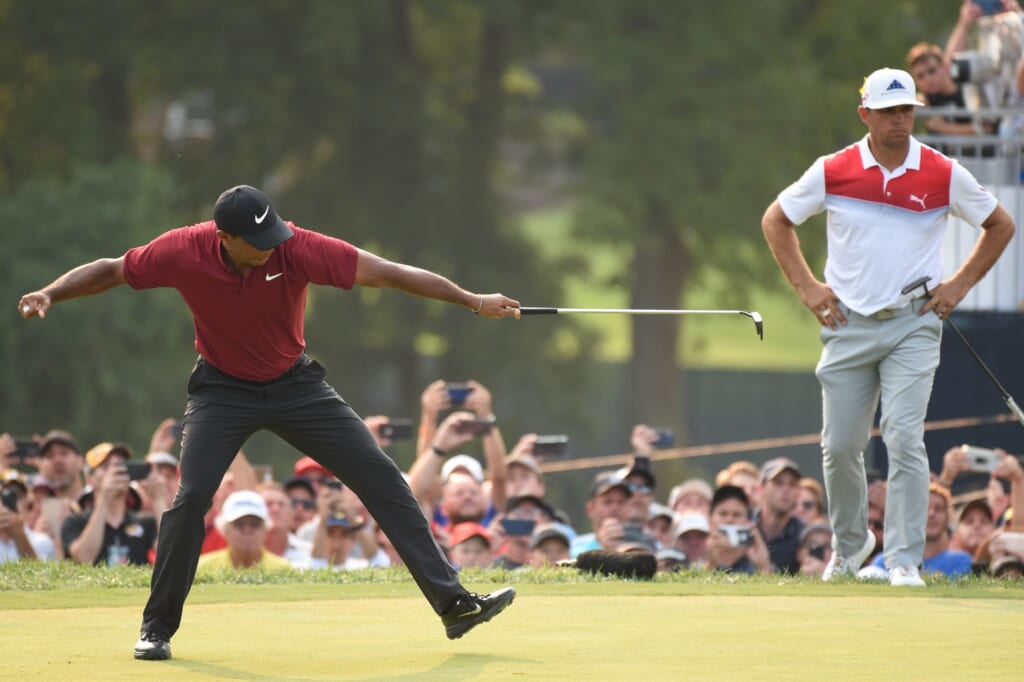