World No. 1 Novak Djokovic will launch his defense of his Wimbledon title against British wildcard Jack Draper.

As expected, Friday’s draw confirmed that the Serbian star is the top seed in the tournament, which begins on Monday. World No. 2 Daniil Medvedev of Russia is seeded second, followed by Stefanos Tsitsipas of Greece, Alexander Zverev of Germany and Andrey Rublev of Russia.

Roger Federer of Switzerland, who has won a record eight men’s singles titles at Wimbledon, is the No. 6 seed.

Djokovic will be pursuing his third straight Wimbledon title and sixth in all as he chases Federer and Rafael Nadal for the most all-time wins in a Grand Slam tournament. Federer and Nadal, who withdrew from the tournament with an injury, each have 20. 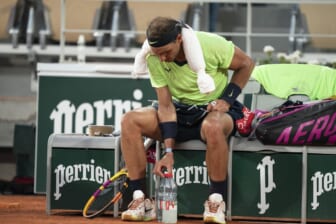 In the first round, Medvedev will face German Jan-Lennard Struff. Tsitsipas drew American Frances Tiafoe, while Zverev will meet qualifier Tallon Griekspoor of the Netherlands.

Rublev will play Federico Delbonis of Argentina in the first round, with Federer drawing Adrian Mannarino of France.

Local favorite Andy Murray, a former World No. 1 and two-time Wimbledon champion, will return to Wimbledon for the first time since 2017 and meet the No. 24 seed, Nikoloz Basilashvili of Georgia. Hip problems have plagued Murray.